Training to 48,000 drivers and helpers to reduce road accidents 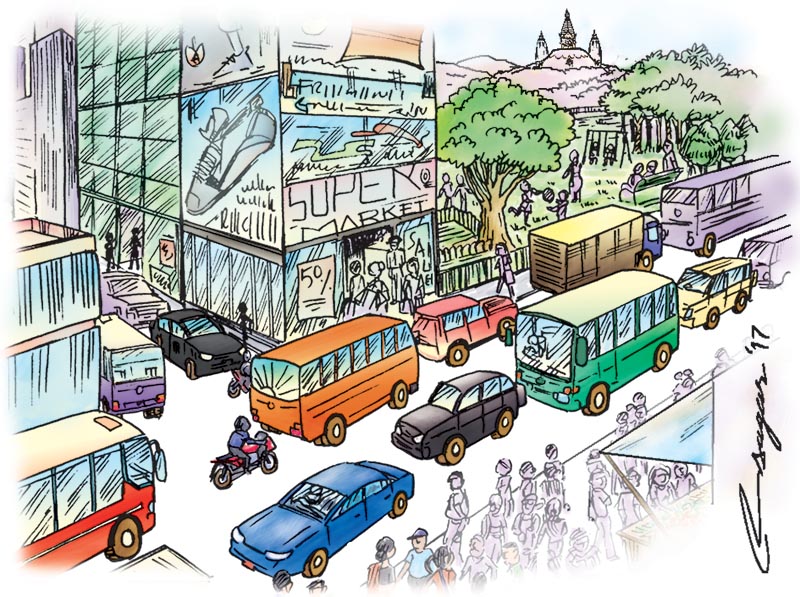 Illustration: Ratna Sagar Shrestha/THT
Kathmandu: The Independent Transport Workers Association of Nepal (ITWAN) is to impart training to 48,000 drivers and their helpers in the public vehicles with an objective of reducing the number of road accidents. The ITWAN is going to launch the campaign with trained drivers and their helpers to reduce road accidents. ITWAN Chair Bhim Jwala Rai said that they were going to launch the campaign as some six to seven people lose their lives every day in road accidents. He said, "We will impart training to drivers and assistant drivers of all provinces about road discipline and traffic rules, which will help reduce road accidents." The ITWAN has mobilized its all organisations across the nation for the campaign. The organisation would paste stickers reading 'I'm a responsible transport worker', I do not use the mobile phone while driving' and 'I follow traffic rules' in all public vehicles under the campaign. Similarly, the ITWAN would organize health camp for transport workers, where they could undergo blood pressure, diabetes, eye checkup and kidney test free of cost. According to Chief of Metropolitan Traffic Police Division, Basanta Panta, around 2,500 to 3,000 people lose their lives in road accidents every year. Panta said the campaign would be fruitful to reduce the road accidents. Similarly, 3.2 million vehicles are now in operation across the country while 900,000 are in Kathmandu Valley alone, according to the Department of Transport Management.
#Kathmandu #Independent Transport Workers Association of Nepal #Department of Transport (DoTM)
You May Also like: