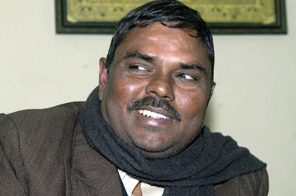 BIRATNAGAR: Chairman of Madhesi Janaadhikar Forum (MJF) Upendra Yadav on Tuesday said that the new government should be formed through consensus among the political parties.

Speaking at a press meet in Biratnagar Yadav said there must be a broad discussion on the agendas of all the political parties. He suggested that the Maoists return the seized properties and hold discussion on their demands in the parliament rather than obstructing it. Co-chairman of the MJF GP Gupta accused the Madhes based parties-Sadhbhawana Party and Terai Madhes Democratic Party of backing the Nepali Congress and the UML, leading to his party being divided into two. He further said that the government that does not respect and address the Madhes issues would topple in no time.