French teen in remission from HIV 12 years after stopping medication 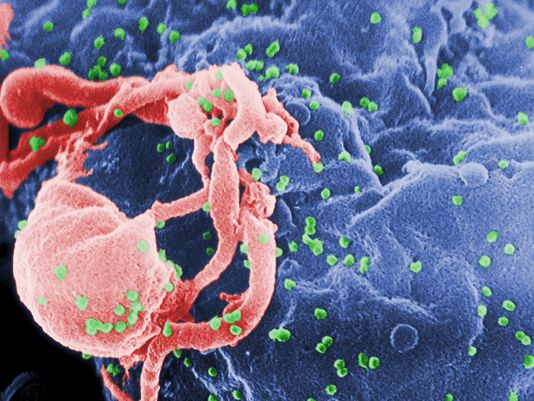 VANCOUVER: French teenager born with HIV has been in remission for 12 years after stopping her medication, a world-first that renews hope for the prospect of early treatment, researchers said Monday.

The young woman, now 18, is not considered cured, but is doing perfectly well off treatment, said the research led by Dr Asier Saez-Cirion of the HIV, Inflammation and Persistence Unit at the Institut Pasteur in Paris.

Never before have scientists known of a case in which an HIV-infected child goes into long-term remission, said the research presented at the International AIDS Society meeting in this western Canadian city.

"We can detect HIV in the cells, but what we cannot detect is viral replication in the plasma," Saez-Cirion told AFP in an interview.

"We don't know yet why this girl was able to control the infection," he added.

The girl does not have the genetic factors associated with natural control of infection, which has been seen in a rare group of patients.

"Most likely she has been in virological remission for so long because she received a combination of antiretrovirals very soon after infection," said the report.

The young woman, whose identity was not revealed, was infected with HIV either in utero or during childbirth.

When she was five, her family dropped out of the treatment program for unknown reasons. When they returned her to medical care one year later, she "was found to have an undetectable viral load," said the report.

Doctors decided not to resume antiretroviral treatment for the child, but monitored her.

Her case "suggests that long-term remission after early treatment is possible in children infected by HIV," said the report.