Bono to speak in Chicago on fighting AIDS, poverty in Africa 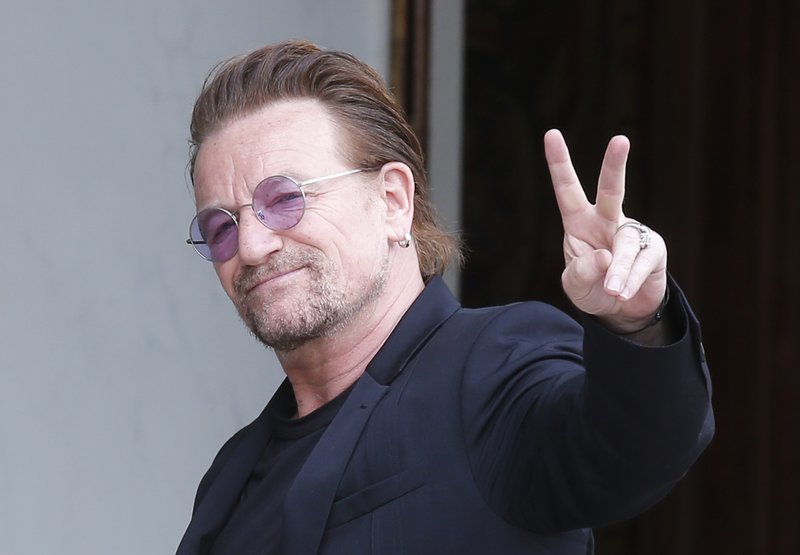 FILE - In this photo, U2 singer Bono makes a peace sign as he arrives for a meeting at the Elysee Palace, in Paris, France on Monday, July 24, 2017. Photo: AP
CHICAGO: Bono will speak in Chicago about his efforts to combat AIDS and extreme poverty in Africa. The lead singer of the rock band U2 is scheduled to appear Thursday at an Economic Club of Chicago dinner meeting. He’ll participate in a discussion with Ariel Investments President Mellody Hobson, who is also the club’s chairwoman. Bono is co-founder of ONE, an advocacy organization that lobbies governments around the world to address poverty. He also co-founded RED, which partners with well-known brands to raise public awareness of AIDS. It has raised more than $500 million for AIDS prevention and treatment in Africa. The discussion will be livestreamed on the club's YouTube channel.
#poverty #Africa #AIDS #U2 #Bono #Economic Club of Chicago
You May Also like: