‘It’s an exciting time for two-wheelers’ 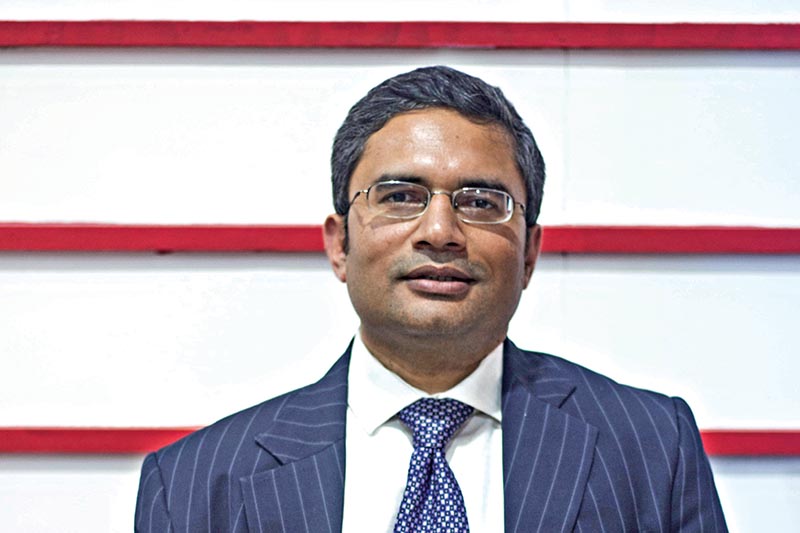 THT Auto Plus catches up with Rajat Bhargava, Head of Global Business, Strategy & Performance Transformation at Hero MotoCorp during his two-day visit to Nepal for the NADA Auto Show 2017. The industry leader details Hero’s new launches and discusses the future of two-wheelers

How did Hero become the world’s largest two-wheeler manufacturer? Hero MotoCorp’s journey started in the early 80s, and right from the beginning there were a few things that set it apart, namely our focus on providing value for money, our belief in our product quality — we were the first to introduce the five year warranty in Nepal, and our sales and after-sales network, especially our belief in building strong relationships with all our stakeholders. What are your expectations of the Nepali two-wheeler market? Nepal is one of the markets with a huge potential to grow. As the economy grows and GDP per capita increases, so does two-wheeler penetration. Secondly, world over the congestion on roads is increasing so two-wheelers are becoming more popular than four-wheelers. Lastly, the increasing participation of women in employment and education, and their resultant mobility needs, has been a major driver. All these drivers are just kicking in in Nepal, so while its market growth has been volatile in recent years, from a long-term perspective, we believe the Nepali industry should exhibit a high single digit growth rate. What is Hero’s market share in Nepal? Which are you most successful models? We have a pretty strong position in the Nepali two-wheeler industry — one out of every two motorcycles sold in the 100 and 125cc range is a Hero motorcycle. Last year our overall market share was roughly 25 per cent in the two-wheeler segment, and it’s more in motorcycles. All variants of Splendor (Plus, Pro) have sold very well and Super Splendor has the distinction of being the highest selling motorcycle in Nepal. Pleasure is another model that has done well among women consumers. Tell us about the models you launched at the NADA Auto Show 2017 and the ones you plan to release later this year. Hero is now planning to move into the scooter market, so we launched two new scooter models at the NADA Auto Show — the Maestro Edge and Pleasure. Maestro Edge is a model targeted at males, with the tag line ‘Such a Boy Thing’. The model has been made even more powerful  with a new CVT and is available in new colour schemes. All our scooter models have integrated braking systems, cell phone charger, external fuel filling, and more. Pleasure has been our long-standing model and is specifically focussed on women. In times to come we will launch a scooter model in the 125cc range as well as a motorcycle in a higher cc (more than 150cc) range. What are the unique challenges in catering to the Nepali market? Nepal has both plains and hilly terrain in close proximity. So it needs a product that can provide both high power and fuel efficiency, and the way we design our bikes has to take into account these unique conditions. To tackle congestion and slow-moving city traffic we introduced a unique proprietary technology three years ago — i3s — which stops the engine if it idles for more than a few seconds and starts it again when the clutch is pressed. This helps conserve fuel without compromising on the power. Another challenge is making financing available to our customers. Many countries are phasing out fossil fuel vehicles and some automakers are solely concentrating on electric and hybrid vehicles. Is Hero planning to make the transition? We believe electric will be big in the future, so in addition to focussing on fossil fuel two-wheelers, we are also developing electric two-wheelers, both internally and by investing in certain startups. We are preparing ourselves for a scenario when electric two-wheelers will prosper. We are currently developing an electric scooter internally. The plans are yet to be frozen but it should be out in two to three years. Last November we also invested and took nearly 30 per cent stake in the startup Ather Energy, which is building India’s first smart electric scooter, the S340. Now they have 275 members in their team and are expected to launch their first model in the second half of next year. How do you envision the future of two-wheelers? The mobility sector overall is one of the most highly disrupted sectors at present. There are three key trends which are affecting two-wheelers the most. One is connectivity  — trackers, sensors, Internet of Things (IoT), over the air upgrades and more intelligence incorporated in two-wheelers. The second is sharing  — two-wheeler taxis, fractional ownership, aggregation, et cetera. And the third is electrification. As a combination of these three, the nature and profile of the two-wheeler industry will change significantly. Once these innovations happen in one market they quickly spread. So it’s a very exciting time for big innovation in two-wheelers. What are the challenges and opportunities facing the auto industry? In any industry which is going through disruption, if the incumbents don’t do anything about it, it becomes a challenge, and if incumbents try to use them to their advantage then it becomes an opportunity. We believe we were one of the early ones to spot the electrification trend; our Chairman, Managing Director and CEO Pawan Munjal has personally invested in a two-wheeler taxi company in India and we are constantly looking at how new solutions such as IoT can be deployed quickly. These should not be considered mere trends, the power comes from quick application, that’s where we see it as an opportunity.
#NADA Auto Show #two-wheelers #MOTOCORP
You May Also like: