Philippines, a destination for relaxed retirement 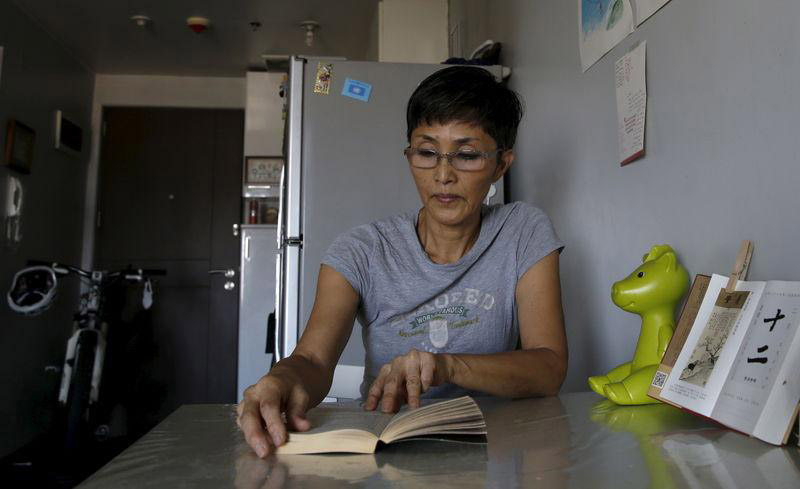 Photo: Reuters
Japanese housewife Noriko Iwamoto is clear on the reasons that led her to retire in the tropical Philippines, leaving behind a stagnant economy, deflation and a rigid Japanese workforce: it’s cheap, and you can work. “I was looking forward to living somewhere outside Japan,” said Iwamoto, 62, a widow and one-time vet from the port city of Nagoya, who now runs a small tea shop in Manila. “There are no jobs in Japan, but I still want to work.” The Philippines is tapping wealthy north Asian retirees who want sunshine, low prices and a refuge from record low interest rates — wooing them with soft wealth barriers and an initial age hurdle of just 35. A handful of other Southeast Asian neighbours are doing the same, but the likes of Thailand and Malaysia demand retirees have higher pensions, fatter bank balances and are at least 50 years of age. Though numbers are small, Filipino authorities say arrivals from China, Korea, Taiwan and Japan are the most numerous, escaping economies that have eaten into their retirement savings and now offer little opportunity to top up those pension pots. Japan, for one, has 34.6 million people aged 65 or older and a public debt burden that means many already choose to retire abroad to get cheaper health care and a better quality of life. At current levels — 42,511 foreigners are enrolled into the retirement plan — the number of arrivals is small, in a country of almost 100 million. Economist Euben Paracuelles at Nomura in Singapore said the business would need to be part of broader reforms to encourage foreign investment and tourism, in order to provide a significant boost to the economy. But the Philippine Retirement Authority (PRA), which is hiring staff to expand, wants to more than double the number of foreign retirees to 1,00,000 by 2020. “Right now, it’s the ambulatory and fun-loving retirees that we are targeting,” PRA General Manager Valentino Cabansag said. Already, in the past four years, a third of foreign retirees in the Philippines belonged to the still-active 40 to 49-year old bracket, PRA data showed. Among the top sectors that expect to benefit from the grey windfall is healthcare, typically a concern for retirees. Augusto Palisoc, CEO of Metro Pacific Hospital Holdings Inc, said his group was already upgrading their facilities and considering training employees in foreign languages to target wealthy north Asian retirees. “It will mean a larger market for all the hospitals and healthcare providers,” he said. Increasing demand for affordable private healthcare is also expected to reduce a surplus of nurses, said Christian Raymond Leyco, vice president of the Association of Private Duty Nurse Practitioners in the Philippines. Caregivers are paid 500 to 1,000 Philippine pesos ($10-$21) for a 12-hour shift, Leyco said. This compares with $20 per hour for caregivers in Japan, said Yasuhiro Oba, associate director for International Patient Care Center of St Luke’s Medical Center. Property firms too are targeting foreign cash, including players like Ayala Land Inc, Megaworld Corp, Robinsons Land Corp and Century Properties Group Inc. Ayala Land has opened a Tokyo showroom and says it is installing Japanese-style bathrooms, with soaking tubs, in some of the homes it is building in a high-end development in the city of Cebu, on an island famous for its white-sand beaches. At the Australian Gold Coast-inspired AmiSa Private Residences project, built by Robinsons Land also in Cebu, retirees account for roughly a fifth of foreign buyers. “The assumption is people retiring want a less active lifestyle, somewhere near the beach they can relax,” Robinsons Land President Frederick Go told Reuters.
#Philippines #deflation #Japanese housewife #Japanese workforce
You May Also like: