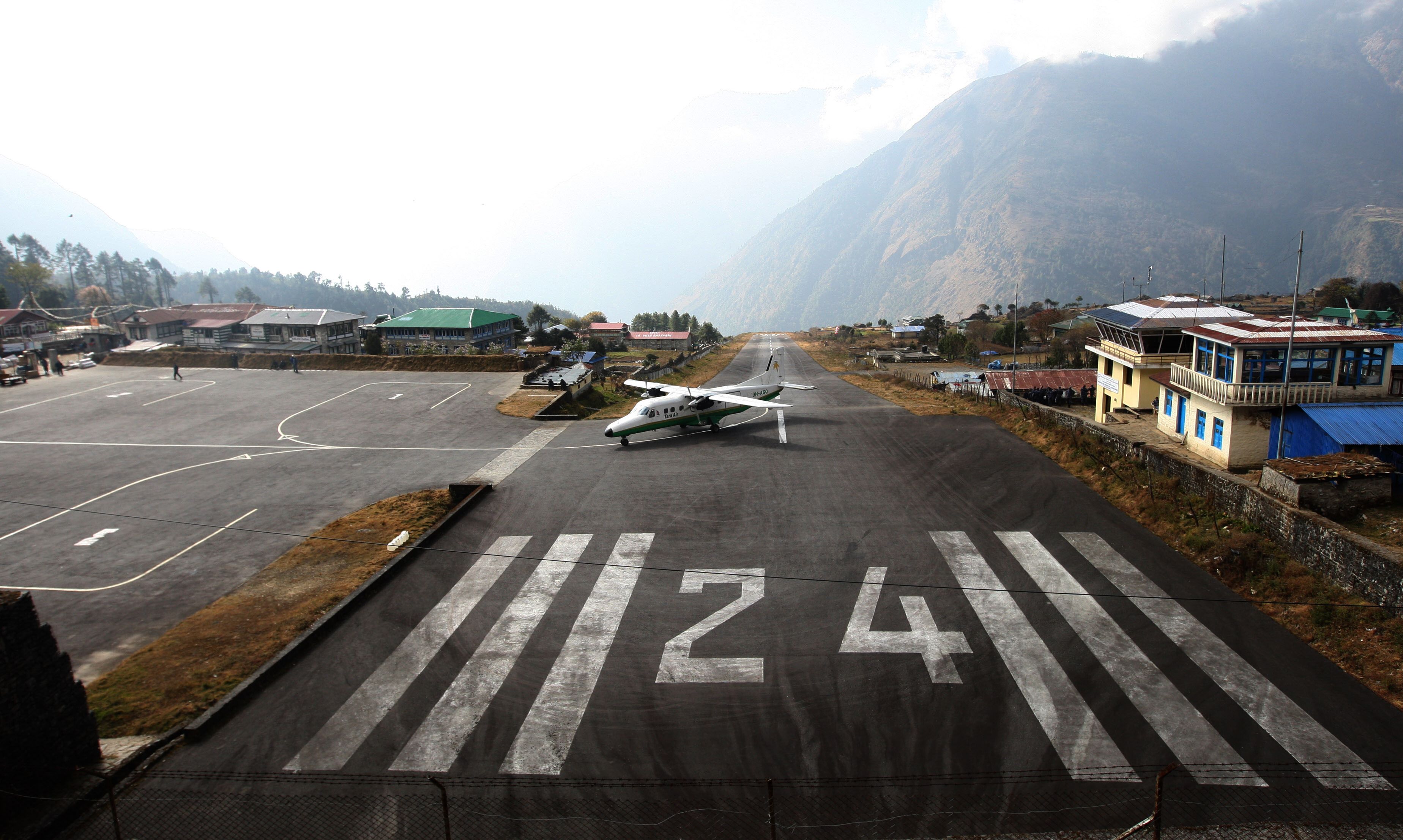 In this photograph taken on December 2, 2009, A Tara Air Dornier Do 228 aircraft taxis after landing at the Tenzing-Hillary Airport in Lukla, some 140 kilometres (87 miles) northeast of Kathmandu. Photo: AFP/ File
SOLUKHUMBU: Flights to and from the Tenzing Hillary Airport in Lukla of the district have been affected for the past 10 days due to bad weather. As a result over 200 tourists have been stuck at Lukla, the gateway to Mt Everest, since June 15. Some of them are worried as dates of their international flights from Kathmandu to return home were approaching. Some are trekking to Salleri, the district headquarters, and taking a bus to Kathmandu from there, according to Roshan Magar, a trekking guide. Similarly, flights to and from the Phaplu Airport have also been affected since June 15.
#Nepal tourism #Solukhumbu #Lukla #Phaplu #Nepal tourists #thick fog #Everest region #Tenzing Hillary Airport #flights obstructed #tourists stranded #Phaplu Airport
You May Also like: