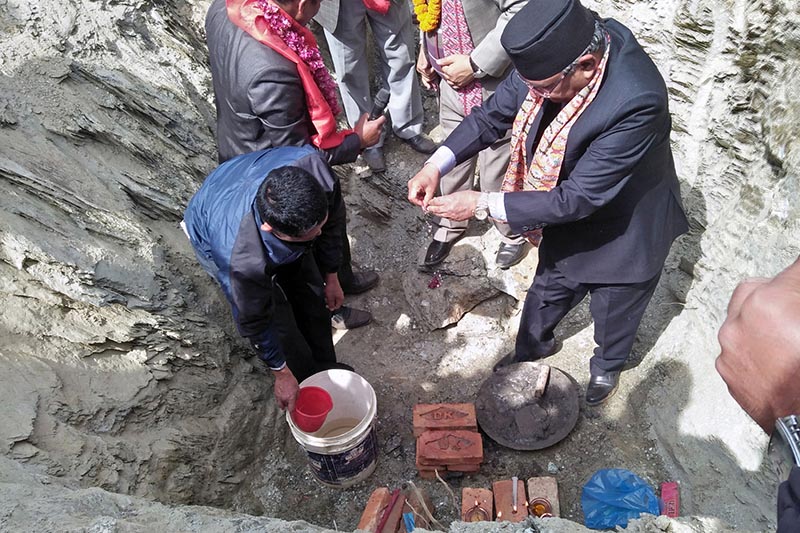 Inaugurating a new-constructed building of Gandaki Rural Municipality-7 on Tuesday, Dahal, also the former Prime Minister said he would not allow any delay in the construction of the project.

"I had signed a Memorandum of Understanding with Chinese Company to expedite the construction of the reservoir-based project when I was the Prime Minister", he added.

"The project has seen delay but is now taking momentum", he further said.

The distribution of compensation to the project-affected people has taken ahead in a right way, he said, adding preparation is being made to determine the compensation package in the remaining areas.

"The project is not only meant for generating power", he said, adding it would have far-reaching importance to the development of Nepal.

The government would emphatically take ahead such national glory project as it has huge potential to steer ahead the country to prosperity.

The NCP (NCP) Co-chair pledged to spend next ten years for country's prosperity.