With much respect, Cynthia Erivo takes on Queen of Soul 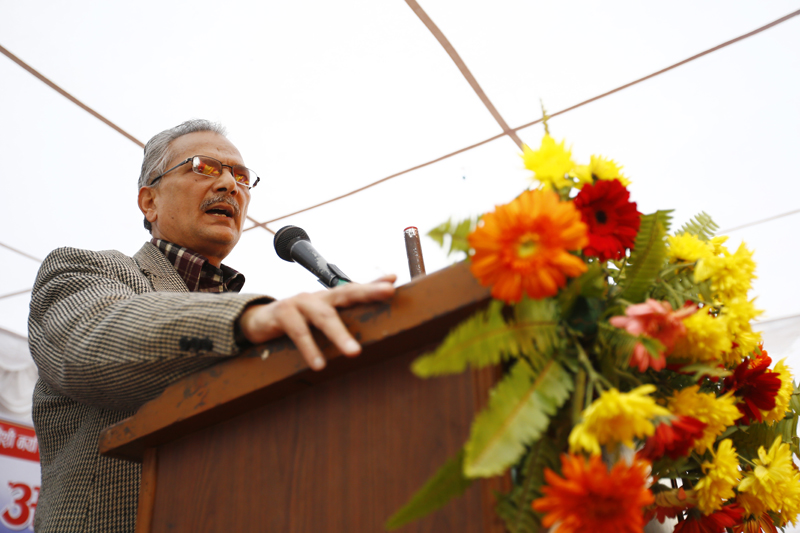 BARDIBAS: Former Prime Minister and New Shakti Nepal Coordinator Dr Baburam Bhattarai has said that the promulgation of new Constitution through the Constituent Assembly (CA) was a historical and unprecedented achievement of Nepal.

Addressing an interaction organised at Bardibas of Mahottari on Monday, Dr Bhattarai made it clear that failure to internalise the achievement would undermine the value of democratic movement.

With the proclamation of the new Constitution, the country has ushered into the phase of economic development and prosperity, he said.

The former Prime Minister also noted that he took the move realising the need of new force in politics to wage struggle for economic development and prosperity.

He appealed to the Madhesi parties – which are again preparing for next round of agitation – to lead the movement for economic prosperity in Madhes which he said was socially, politically and economically battered most due to past blockade and strike.

Dr Bhatatrai asserted that the mutual dialogue could address the demand of more political rights in the constitution and delineation of provincial boundaries.

He called the government and Madhesi parties to adopt flexible approach to find an agreeable point.