MANANG: Farmers in Manang district expressed their concerns over the delay in snowfall this year.

Yangdu Gurung from Pisang in the district shared that the village used to witness snowfall in the first week of Mangshir of the Nepali calendar, however, it has not been the case this year and terraces are dry and snow-less.

The snowfall is essential for cultivation in the mountainous district but it has not occurred regularly for some years. "This time in the past, all the surrounding areas used to be blanketed with snow, but now, it is arid," said the farmer.

The mountains have turned dry and dark. Along the Annapurna ridges, Annapurna I, II, III and IV, Gangapurna and Lamjung peaks would have glittered in snow. 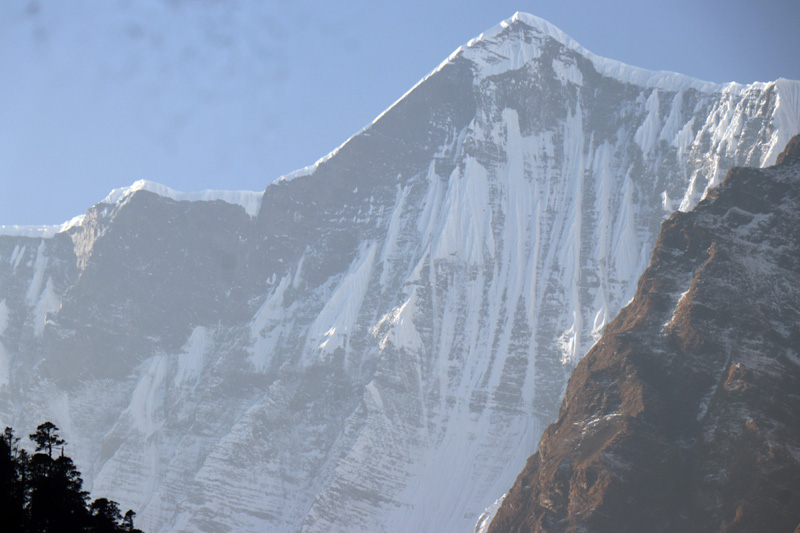 Another farmer, Ram Bahadur Gurung, also stressed that temperature is increasing here, with the glaciers melting. Although the upper belt in the district saw the snowfall sparsely, the lower belt has not got it since January 5.

It is already time to cultivate for potatoes and buckwheat, but without snowfall, that would be a challenge, said Binod Lama from Koto of Chame Rural Municipality-2. "Snow is essential as it determines the quality of apples, wheat, potatoes, and other mountain crops," he added.

The farmers have further said the lack of snowfall on time would also adversely affect the production of medicinal herbs including Yarshagumba.

#Lamjung #Manang #snowfall #Annapurna range #Gangapurna #Annapurna I
You May Also like: