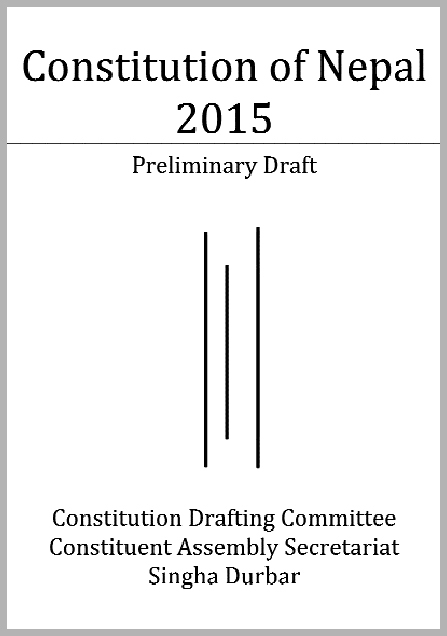 DOLPA: Though the Constituent Assembly (CA) Secretariat has already sent copies of the first draft of the constitution to every district, people of remote villages in Dolpa have not seen it yet. Village Development Committee (VDC) secretaries have been accused of avoiding responsibility of taking the draft copies to the villages. The draft copies were reached to the district headquarters, Dune on July 13, but the people of Tripurakot have not seen the document, said a local Tika Dutta Neupane. Tripurakot VDC Secretary Dilip Kumar Chand admitted that he got five copies of the draft and handed them to five people who were at the district headquarters for acquiring citizenship certificates. Secretaries of most of the villages have been accused of finding it easier to supply the draft copies to those people available in the district headquarters instead of visiting the villages. Chief District Officer Jeevan Prasad Dulal confirmed the allotment of draft copies to the respective VDC secretaries at an all-party on July 13. But the people of many villages including Tripurakot and Liku have not get an opportunity to give a glance to it when the people's submission programme has been scheduled for July 20 and 21, Ward Citizens Forum Chair Labchandra Rokya said. The district has 33 VDCs. Likewise, when the discussions on the constitution draft are going on, people of remote villages of Jajarkot do not know the content of drafts as they have not got it yet for study. Lack of transport facility and geographical remoteness are said to be the reasons for taking the draft copies to the remote places. The government team that arrived at the district headquarters with draft copies is staying the headquarters. We have heard about the constitution draft in radio, but have not seen its written form, said Janak Bahadur Shahi of Nayakwada-7. VDC secretaries assigned the task of taking the draft to the villages, but they have not reached the villages yet and how people get them?” said civil society leader Rajendra Bikram Shah. Chief District Officer of Jajarkot said every VDC Secretary was given 50 copies of the constitution draft. However, VDC secretaries have argued that the copies they got are insufficient to distribute to the people. Demand for it is high, and the quantity we received was enough to distribute just in the district headquarters. The remote villages of Jajarkot have no telephone and internet facilities too. The villagers have said that how they could submit their feedbacks in these situations.

#Constituent Assembly #Jajarkot #Dolpa #Constitution draft
You May Also like: