Pokhara, May 30 Gandaki Province Chief Minister Prithvi Subba Gurung today said tracking down the murderer of Nirmala Panta of Kanchanpur could be difficult as time goes by. Inaugurating a gymnasium constructed in community-police partnership on the premises of the District Police Office, Kaski today, Chief Minister Gurung expressed his concern about the possibility of the incriminating evidence fading away as investigation drags on. 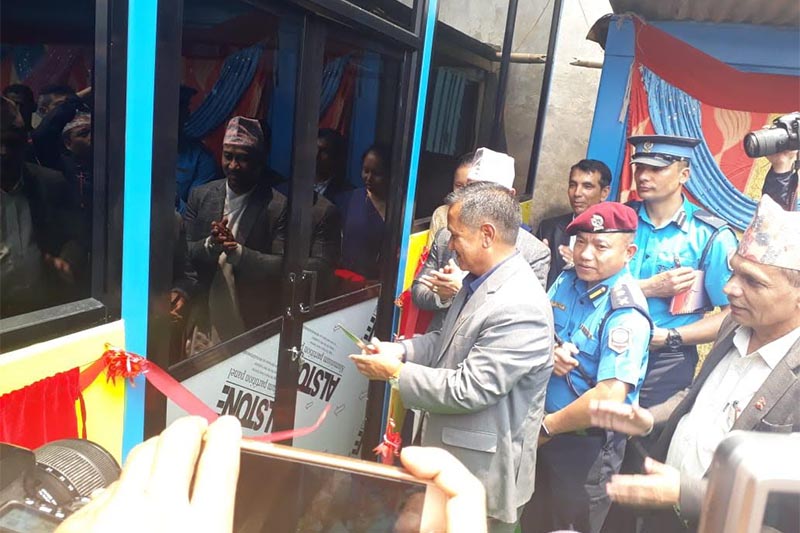 Gandaki Province Chief Minister Prithvi Subba Gurung inaugurating a gymnasium constructed on the premises of District Police Office, Kaski, on Thursday, May 30, 2019. Photo: THT
“As the murder hasn’t been solved this far; it could be more difficult in the days to come to crack the murder, as the evidence behind the murder could disappear with time,” he argued. Gurung told the police to do their duty with sincerity and honesty. “I’ve heard complaints about police not registering complaints in time. To be honest, with the increasing politicisation in the police organisation, there are doubts that people will get justice. But this situation must change now,” he said, also stressing the need for the police administration to be equipped with better and modern resources. Yet on a different note, the chief minister expressed dissatisfaction with the budget for the upcoming fiscal that was made public by the federal government yesterday. “Apparently, the central government’s budget made public has come without paying due attention to the provinces,” he said, expressing his commitment to creating a Gandaki Province that is peaceful, civilised and prosperous. The gym was built at a cost of 1.35 million rupees.
#Kanchanpur #Prithvi Subba Gurung #Gandaki Province Chief Minister #Nirmala Panta #Nirmala Panta rape and murder case #Nirmala Panta’s murderer
You May Also like: