‘Geopolitical balance a must for federalism’ 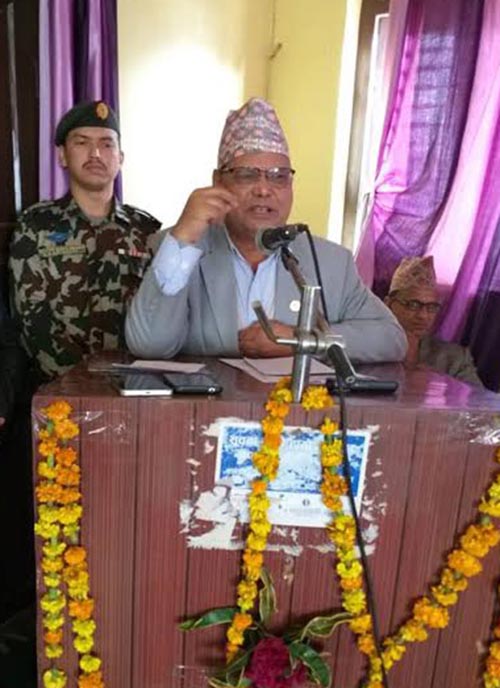 Speaking at an interaction organised by Udayapur District Coordination Committee in Gaighat, Mahara stressed the need to maintain balanced and friendly ties between China and India. “Nepal has to keep cordial and balanced relations between both neighbours. This will help implement federalism,”  Mahara said. Stating that some forces were hell-bent on making a fiasco of federalism, Mahara said the government should be cautious not to allow foreign elements to influence and manoeuvre inside the country.

Mahara said federalism should operate on the bases of local identity, people’s rights and needs at the local levels. He, however, claimed the federal structure would never be scrapped at any cost.

Mahara said that country had failed to achieve economic growth because import exceeded export.  “Local levels should not look to the centre, but mobilise their resources to increase production and create jobs,” he added.

He asked the locals levels to focus on a system of justice based on reconciliation. “Local levels have to abjure the trend of punishing and adopt a policy of milapatra to practise federalism in the real sense”, he stated.