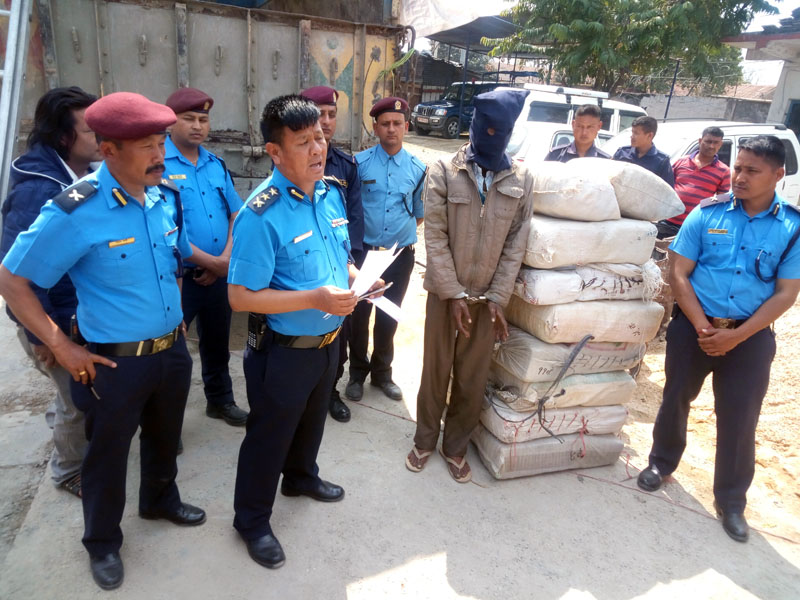 Police arrest and parade an Indian national in possession of 307 kilograms of Marijuana from Manahari of Makawanpur district on Thursday, March 16, 2017. Photo: Prakash Dahal
HETAUNDA: Police have arrested an Indian national in possession of 307 kg marijuana from Manahari of Makawanpur district on Thursday. Police have arrested Ashok Kumar Dube (48) of Motihari in Bihar state of India in possession of the illegal drug. Dube was arrested while transporting the weed by hiding it on an Indian truck (WB11-8524). Based on a tip-off, a special team of police was deployed from the Manahari Area Police Office to arrest him. The District Police Office Chief, SP Basanta Kumar Lama said that the drug was being transported to India from Sunachuri of Manahari. Police are investigating into the case.
#Bihar #Makawanpur #Manahari #illegal drug #Motihari #Manahari Area Police Office #Marijuana arrest
You May Also like: