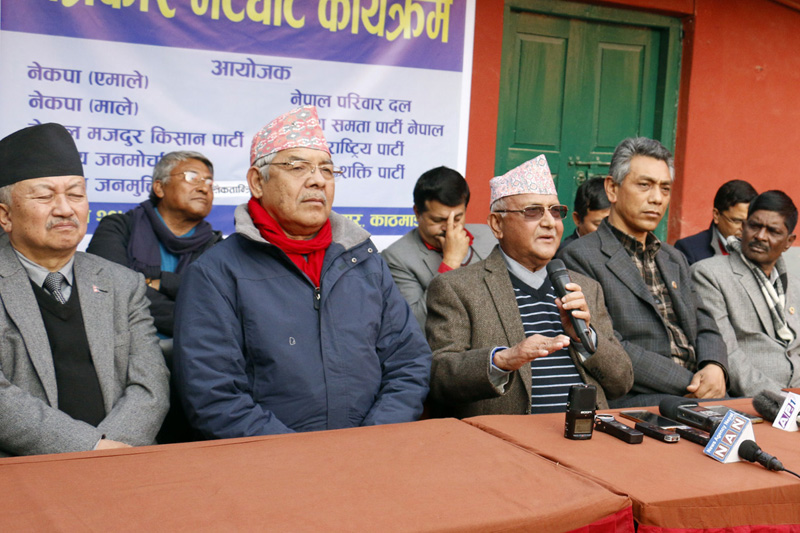 KATHMANDU: The CPN-UML Chairman KP Sharma Oli stressed the need to revise the boundaries of the Province No. 2 as well as it currently only includes the plains.

He said it should include hilly districts of Udayapur, Sindhuli and Makawanpur as well.

The former Prime Minister was speaking at an interaction on "Problems of Madhes: Illusions and Reality" organised at the party's headquarters in Dhumbarahi today.

Meanwhile, Oli said the allegation that the UML agreed for splitting the Province No. 5 was false. He instead blamed the Nepali Congress and the CPN Maoist Centre for prolonging the life of the government by registering the Constitution amendment bill.

The former Prime Minister said his party had not proposed splitting districts of plains (Tarai) and hills in the demarcation of provincial boundaries.

Oli instructed his party leaders from the Madhes to work in their constituencies with high morale and spirit.