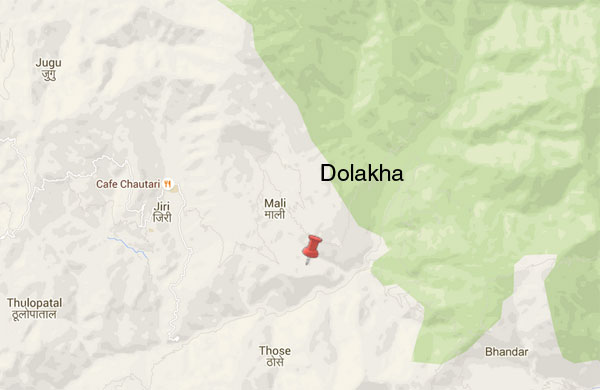 Photo: Google map
KATHMANDU: A light tremor was felt in Dolakha district on Saturday. The aftershock of the April 25 earthquake was of local magnitude 4.3 and recorded at 12:05 am, according to the National Seismological Centre (NSC). The epicentre was close to Mali VDC of the district. It was the first significant aftershock that the NSC recorded after three days. The coordinates of the centre are 27.61°N, 86.28°E The last aftershock was recorded at 22:14 on July 22, with its epicentre at Bhrikutimandap of Kathmandu. Meanwhile, the number of aftershocks of April 25 of local magnitude 4.0 or above has reached 355, according to the NSC. The official death toll of the earthquake and its aftershocks has been put at 8,898 till date.
#Dolakha district #4.3 magnitude earthquake
You May Also like: