DHANGADHI: Sudurpaschim Province State Minister for Industry, Tourism, Forest and Environment Prakash Rawal, on Monday, resigned from his post in controversy about having the share of Janajyoti Multiple Campus in Mahendranagar. 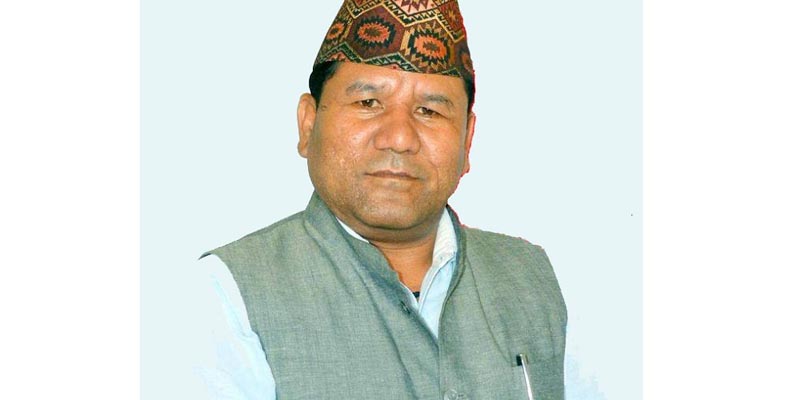 This undated image shows Sudurpaschim State Minister for Industry, Tourism, Forest and Environment, Prakash Rawal. Photo: Tekendra Deuba/ THT
The Chief Minister of the province, Trilochan Bhatta accepted Rawal’s resignation, confirmed Rawal's personal secretary Ravindra Sunar, and action will be taken against him if found guilty in an inquiry, informed Prakash Shah, Spokesperson of the government and Minister for Internal affairs and Law. Rawal also returned the keys of the government vehicle he was using, to the chief minister, said Sunar. Nepal Communist Party (NCP) leader Rawal, who had previously stated that the allegation against him regarding the case was an attempt to tarnish his image, resigned on high moral grounds. As many as 10 persons including Tara Prasad Joshi of Bhimdutta Municipality, filed a case against 36 persons including Minister Rawal and shareholders at Kanchnapur District Court, on July 23. Rawal asserted that he resigned to hold his political morality and to facilitate the investigation of the charges against him.
#Minister for Internal Affairs and Law #Chief Minister Trilochan Bhatta #Kanchnapur District Court #State Minister of Industry Tourism Forest and Environment Prakash Rawal
You May Also like: