No politics in sport: PM 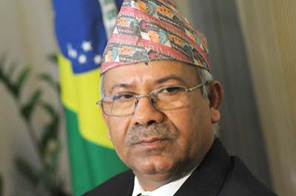 Speaking at the foundation stone ceremony of National Sports Academy at Gauritar, Hetauda on Thursday the Prime Minister said that the establishment of the academy would help Nepali players reach international standards. PM Nepal stressed on consensus to clear political obligations looming in the nation.

According to member-secretary National Sports Council Jeevan Ram Shrestha the academy is expected to be completed within five years with an estimated budget of Rs.1.5 billion. The academy would have facilities of a playing area and indoor and outdoor practice venues. Hostel and education facilities would also be provided to players and coaches.

The first phase of construction would be completed with the help of the surplus budget of fifth National Games, added Shrestha.

National Sports Council expects the support of the Government of Nepal, locals of Makawanpur and the International communities to complete the project.

#No politics in sport: PM
You May Also like: