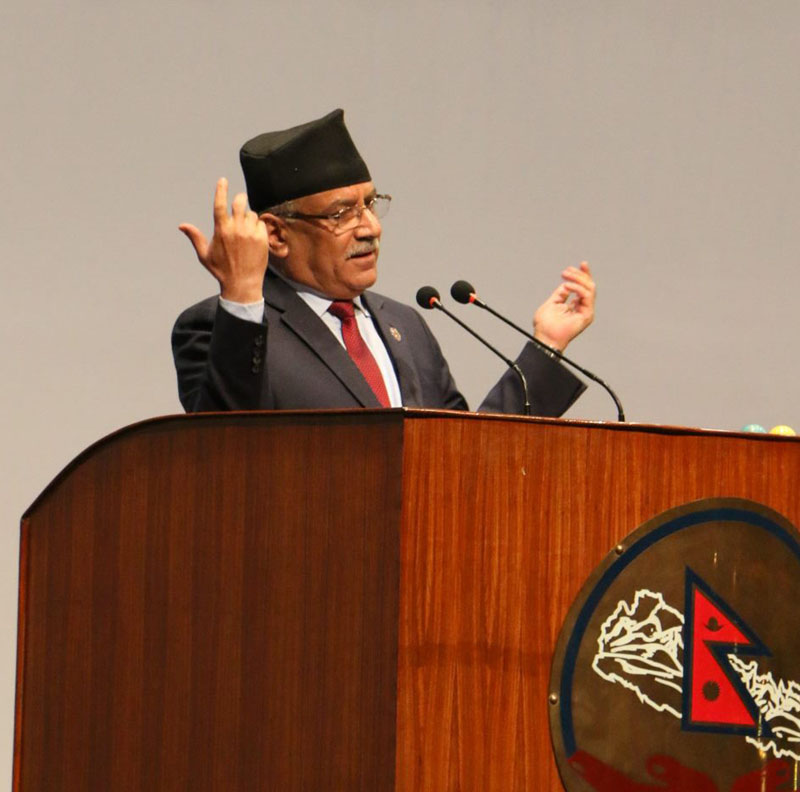 Prime Minister Pushpa Kamal Dahal addresses at the Legislature-Parliament in Kathmandu on Sunday, May 28, 2017. Photo: RSS
KATHMANDU: The Legislature-Parliament on Sunday endorsed government's policy and programmes for fiscal year 2017/18. Prime Minister Pushpa Kamal Dahal had tabled the documents at the Parliament yesterday. Meanwhile, PM Dahal also addressed the lawmakers' queries regarding the policy and programmes on today's parliament meeting. He claimed that policies and programmes were in accordance with the demands of the main-opposition party CPN-UML. Dahal mentioned that successful holding of local level elections, ending load-shedding and maintaining balanced relations with neighbouring countries were achievements of his government. However, he said that the country would head towards prosperity only with the unified efforts of all the political parties. The government also tabled the Economic Survey 2017/18 at the House today. Deputy Prime Minister and Minister for Finance Krishna Bahadur Mahara presented the review of previous fiscal year's annual economic situations of the country in the meeting.
#Legislature-Parliament #Pushpa Kamal Dahal #Krishna Bahadur Mahara #Policies and Programmes 2017/2018
You May Also like: