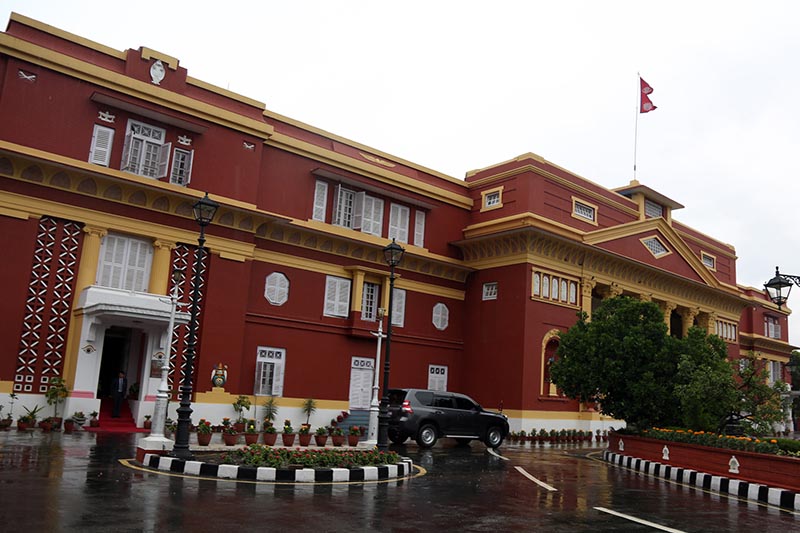 Prime Minister Pushpa Kamal Dahal departs after meeting with President Bidya Devi Bhandari at her office in Sheetal Niwas, Maharajgunj, Kathmandu, on Monday, May 1, 2017. Photo: RSS
KATHMANDU: Prime Minister Pushpa Kamal Dahal on Monday morning informed President Bidya Devi Bhandari about the impeachment motion moved against Sushila Karki, and told her that the new developments would not affect the scheduled elections in local levels. Prime Minister Dahal had gone to meet the President at the latter's office in Sheetal Niwas. He reportedly told the Head of the State that the impeachment motion was brought against Karki for interfering with the government's executive role. Lawmakers of ruling Nepali Congress and CPN Maoist Centre had registered the impeachment motion against Karki yesterday, which led to her automatic suspension. Protesting the move, Deputy Prime Minister Bimalendra Nidhi of Nepali Congress resigned from the Cabinet. READ ALSO:
#PM Dahal #President Bhandari #CJ impeachment motion
You May Also like: