Preparation for polls concludes in Saptari 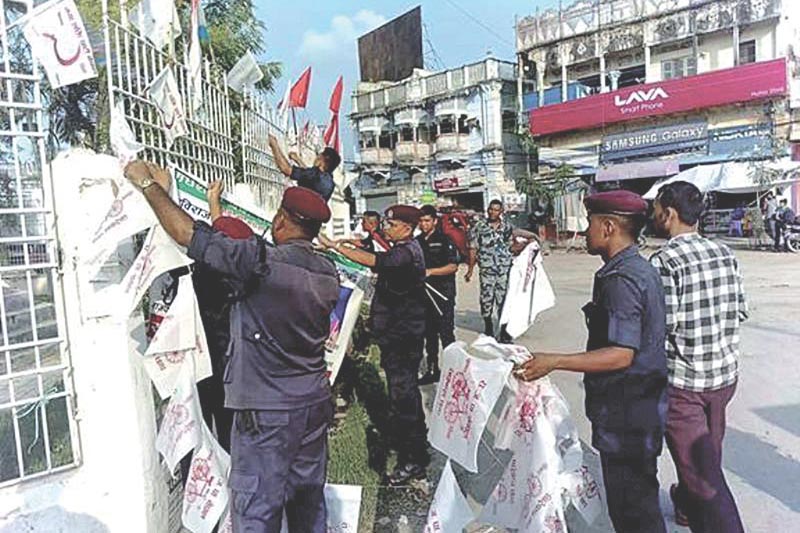 Police personnel removing election publicity materials, in Rajbiraj, on Friday, on Friday, September 15, 2017. Photo: THT
Rajbiraj, September 15  Preparation for the third phase of the civic polls slated for September 18 is over in Saptari. With two days to go for the polls, staffers deployed by election office have reached polling centres with ballot papers and have started voter ID card distribution. As many as 5,683 party and independent candidates have filed nominations for 856 posts in nine municipalities and as many rural municipalities. The district has 462 voting centres. Chief Returning Officer Mahesh Thakur said election staffers had reached the voting centres with necessary materials. As many as 2776 employees have been mobilised at different voting centres across the district. At every voting centre, Nepal police, APF and the Nepali army have been deployed to provide security. Saptari SP Mukesh Kumar Singh said 324 voting centres were classified as sensitive and 138 as highly sensitive, and security had been put in place accordingly in the district.
#Saptari #civic polls #Saptari elections
You May Also like: