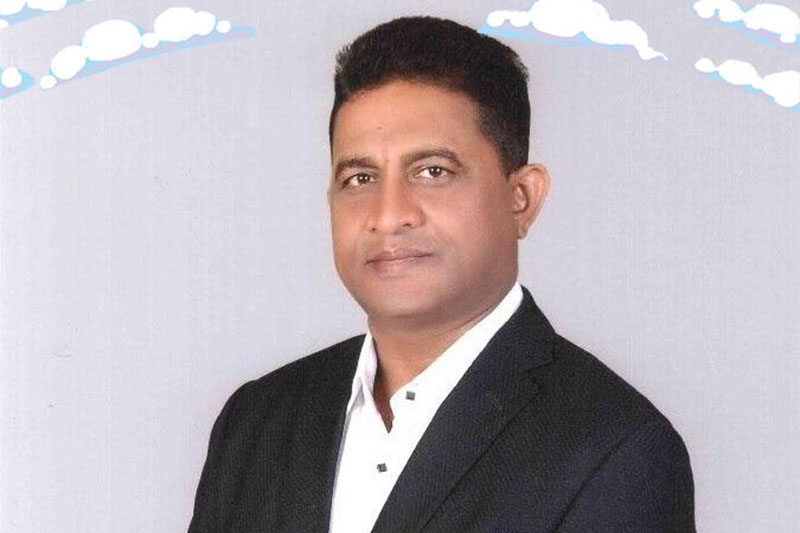 File: Raghubir Mahaseth. Courtesy: Facebook
SINDHULI: Minister for Physical Infrastructure and Transport Raghubir Mahaseth remarked that the government would take a decision on Pappu Construction in the next eight days based on the report of probe committee. Minister Mahaseth, who arrived here to inaugurate a bridge constructed over the Manik rivulet, shared that the probe committee was formed to find out the truth behind dillydally in construction works being undertaken by Pappu Construction across the country. "A committee has been formed under the leadership of Deepak Shrestha in a way to present probe report within the coming 10 days. Two days have already elapsed since formation of the committee. Action will be taken after the committee submits its report within the next eight days," he added. The Minister claimed that the government would take action against any contractor for stalling construction projects. The 25-year-long syndicate system in transportation has come to an end, he said, adding that the transport monopoly would be obliterated before the upcoming Dashain festival.
#Ministry of Physical Infrastructure and Transport #Raghubir Mahaseth #Pappu Construction
You May Also like: