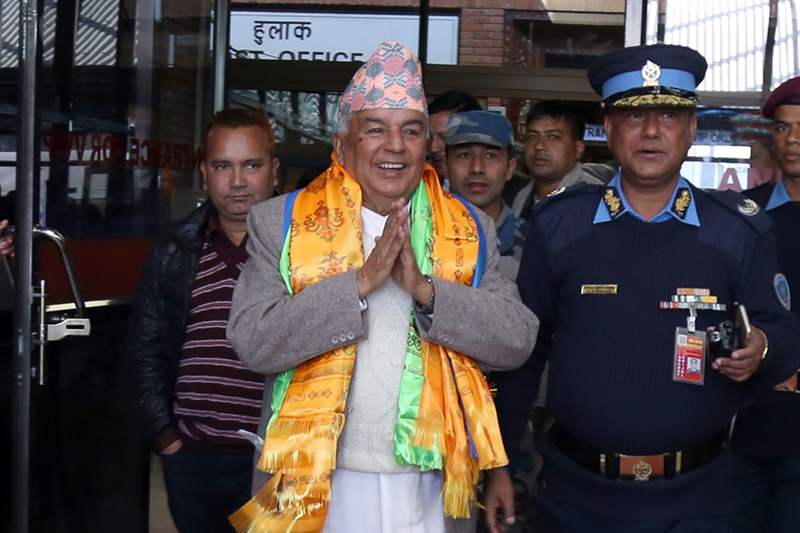 Nepali Congress senior leader Ram Chandra Paudel greets his supports as he arrives at the Tribhuvan International Airport in Kathmandu from Japan, on Wednesday, December 7, 2016. Photo: RSS
KATHMANDU: Nepali Congress senior leader Ram Chandra Paudel has emphasised the unity among political parties to give the country a way out from the current political crisis. Talking to mediapersons at the Tribhuvan International Airport today after his return from a 10-day Japan visit, he said, "All political parties should become responsible to unite all the people of mountains, hills and plains." Leader Paudel also said all parties should be held accountable to hold the three levels of elections on time. He also said discussions were being held within the NC on the issue of Constitution amendment. Meanwhile, the former Deputy Prime Minister said his Japan visit further strengthened the relations between Nepal and Japan.
#Nepali Congress #Ram Chandra Paudel #constitution amendment #constitution amendment bill #constitution amendment proposal #Japan visit
You May Also like: