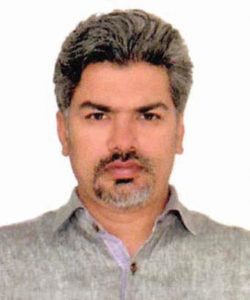 Samim Miya Ansari, proposed to head Muslim Commission. Photo: THT
Kathmandu, March 24 A writ petition was filed at the Supreme Court today challenging the appointment of Samim Miya Ansari in the Muslim Commission. Ansari was appointed chairperson of the commission after the Parliamentary Hearing Committee failed to conduct confirmation hearing for him within 45 days. Abdul Salam, a resident of Kapilvastu district, filed the case against Ansari, saying his appointment was illegal as the PHC, which was supposed to give reasons for not taking a decision on his appointment, kept silent letting the 45-day period elapse. The petitioner also argued that Ansari had not reached 45 years of age at the time of recommendation, a criterion for eligibility. He claimed that Ansari had not reached 45 years of age as the record of DAO Kathmandu, the authority that issued citizenship to Ansari, stated his date of birth as 10, October 1980. Salam stated that as per Section 3 of the Muslim Commission Act, the candidate for chairperson of the commission should be a non-political person, but at the time of recommendation, Ansari was a member of the ruling Nepal Communist Party (NCP) and his name had also been included on the proportional representation list for the House of Representatives. The petitioner also said that while the PHC conducted hearing for chairpersons of four other commissions, there was no justification for the PHC not to conduct hearing for Ansari whose nomination was received on the same list with other nominees. The petitioner also stated that the Nepali Congress representatives in the PHC had boycotted the PHC meetings. Salam argued that the spirit of Section 5 (1) of Constitutional Council (Functions, Duties, Powers and Procedures) Act was that the PHC must conduct hearing for nominated candidates. “The PHC let the 45 days’ deadline cross without investigating the complaints lodged against Ansari,” the petitioner said, adding that the defendants acted with malicious intent to appoint Ansari. Salam argued that Ansari’s date of birth was controversial as there were discrepancies in his citizenship records at the Kathmandu District Administration. Salam said the prime minister, who chaired the meeting of the Constitutional Council and who commanded majority in the CC, acted with mala fide intention to nominate his party leader Ansari for the chairperson of the Muslim Commission. Stating that if Ansari was allowed to work as chairperson of the Muslim Commission, it would undermine the dignity of the constitutional body and it could also cause irreparable loss to the country, the petitioner urged the court to stay Ansari from working as the chairman of the commission. The Constitutional Council had nominated Ansari as chairperson of the Muslim Commission on January 20 and he took the oath of office and secrecy from President Bidhya Bhandari on February 19.
#Supreme Court #Muslim Commission #Parliamentary Hearing Committee #Samim Miya Ansari #Nepal Communist Party (NCP)
You May Also like: