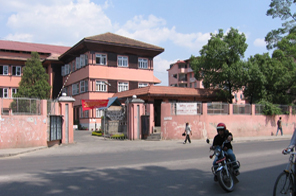 KATHMANDU: The Supreme Court today allowed the eight reinstated brigadier generals to withdraw their writ petition that was filed against the government some six months ago challenging the forced pension-off by the Prachanda-led government. A division bench of Justices Krishna Prasad Upadhayay and Prem Sharma allowed them to withdraw the case as per their demand by filing a petition on September 15. "A consent has been granted to withdraw the case since they have sought to withdraw the writ petition as per Number 92 of the Court Procedural Chapter of Muluki Ain, 1963," the bench stated. Stating that they were reinstated by the government, they do not want to proceed the case further and want to withdraw the same. Reinstated brigadier generals Nara Bahadur Kandel, Narendra Bahadur Rawal, Kumar Budhathoki, Pawan Bahadur Pandey, Pradip Bikram Rana, Shiv Kumar Paudel, Ramesh Bista, Raju Pratap KC had jointly moved the apex court on March 24 challenging the Maoist-led government's decision to pension them off. On March 24, a single bench of Justice Kalyan Shrestha had reinstated them and the Madhav Kumar Nepal-led government extended their tenure by three years after the formation of the current coalition government. The tenure extension case had widened the rift between then UCPN Maoist-led government and the Nepali Army, which ultimately forced Prachanda to resign over Chief of Army Staff Rookmangud Katawal's dismissal row.

#SC nod for army generals' to withdraw case
You May Also like: