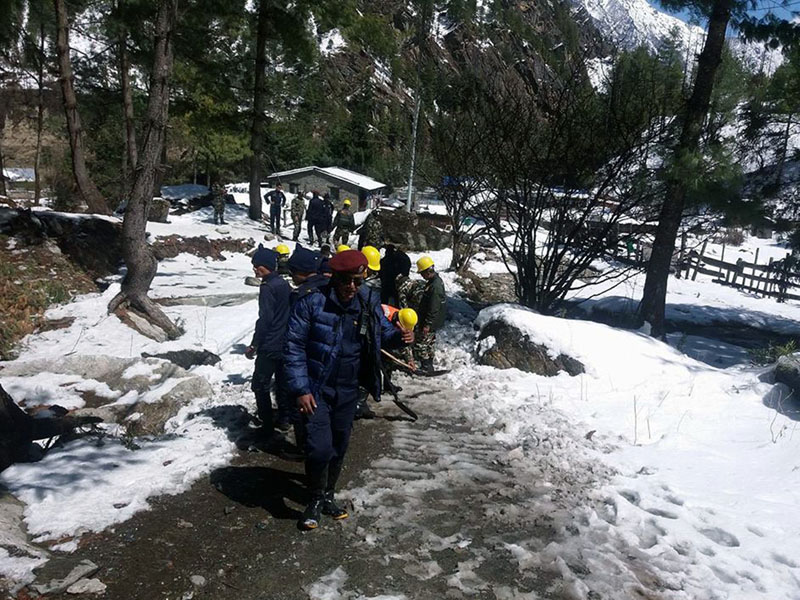 A joint team of security personnel from Nepal Police and Nepal Army shovel the driveway, in Chame, Manang district, on Tuesday, March 14, 2017. Photo: RSS
LAMJUNG: Army and police forces have been mobilised to clear the snow-piled roads which disrupted vehicular movements in Manang district in western Nepal. The Assistant Chief District Officer Dhirendra Raj Pant informed that Army and Police squads have been mobilised to remove snows piled up on the road. A meeting of the District Security Committee took the decision to mobilise security forces to clear the deck on road and ensure smooth transportation. The heavy snowfall had disrupted road from Timang to Khangsar in the district. Road clearance work has been started from Chame on Monday, said Pant. With bulks of snow on road, it has been difficult for pedestrians to reach their destinations. READ ALSO: Snowfall pushes mercury down to -3 in Manang, Mustang
#Manang district #Chame #Timang #Khangsar #Manang transportation #Manag #Manang snowfall
You May Also like: