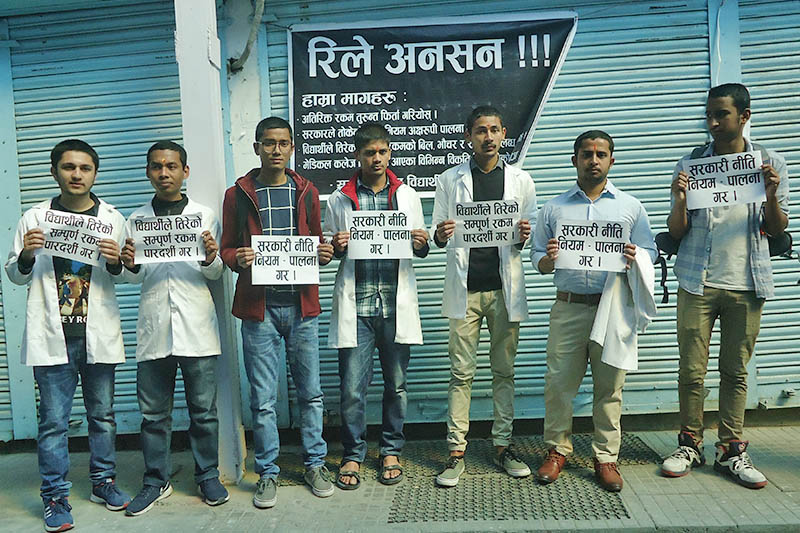 The students launched relay hunger strike after the four rounds of talks between the agitated students and the college failed to make headway.

Instead of resolving the issues, the college administration has turned a blind eye to our demands, the agitated students claimed. Student Rabina Mishra said, "We resorted to protest after the college declined to give us the receipt after charging an extra fee."

If we fail to pay our tuition fee on time, the college would not hesitate to charge students an extra 18 per cent interest rate, Mishra lamented.

Meanwhile, the agitating students have demanded that they should be allowed to study in the fee recommended by the Nepal Government, refund extra fee and provide the receipts of their tuition bills.

#Gandaki Medical College #relay hunger strike
You May Also like: