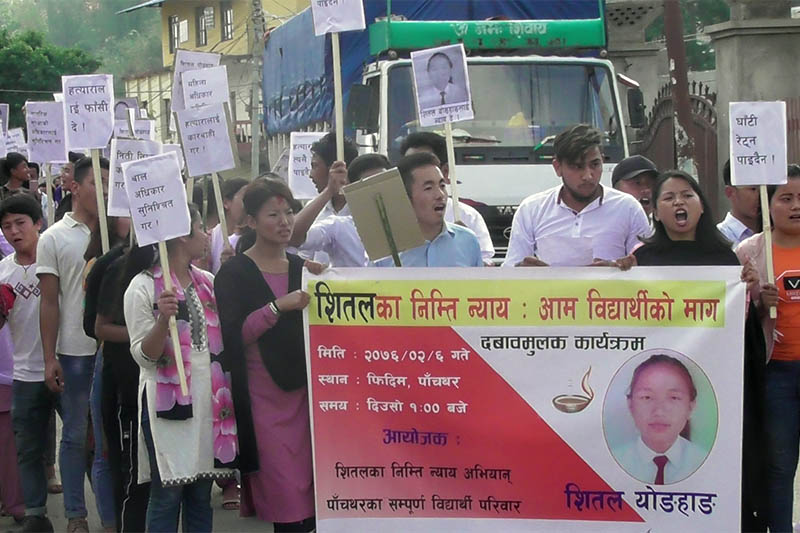 PHIDIM: Students staged demonstration in front of the District Police Office, Phidim, demanding justice for 15-year-old Sheetal Yonghang, who was brutally murdered, eight days ago in the district.

Police's preliminary investigation has revealed that Padam Tamang and Bhagirath Bastola of Falgunanda Municipality-2 slit Yonghang's throat after they failed to rape her on May 13.

One of the suspects, Bastola was arrested on the same day, however, Tamang has been on the run since the incident. The demonstrators carried placard demanding justice for the minor and chanted slogans against the DPO.

The rally started from Panchthar Multiple Campus and passed various major streets of Phidim before converging into a corner meeting in front of the DPO this afternoon.

During the protest, the demonstrators urged the DPO to arrest the main suspect and bring him to book.

It has been learned that the minor is a tenth grader at Siddha Secondary School at Hilihang in the district.