Two found dead after missing for 5-days in Dhading landslip 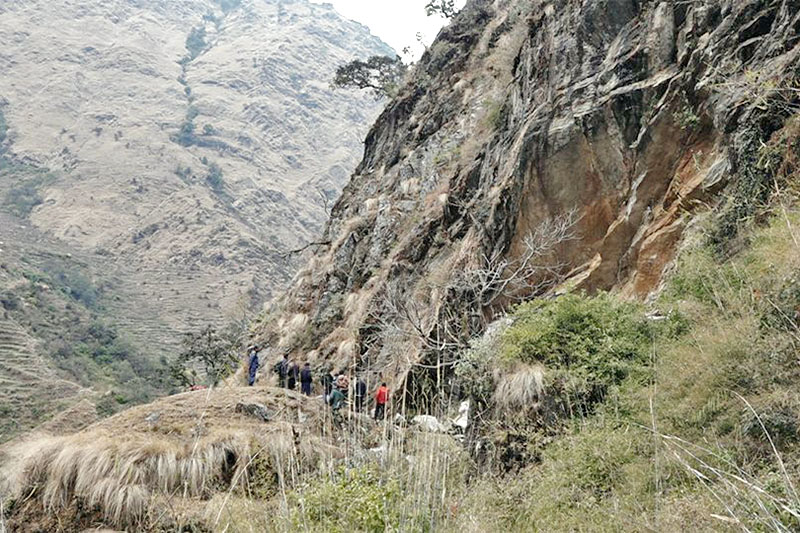 DHADING: Two persons, who were reported missing for the last five days in a landslip at Hindung in Rubyvalley Rural Municipality-4 of Dhading district, were found dead today, police said.

Earlier, the duo had gone to a nearby jungle to graze their cattle. However, they reportedly lost contact since Sunday morning as landslip hit the cave they were sheltering in after heavy snowfall in the area.

Subsequently, a rescue team under the command of APF Inspector Laxman Bahadur Basnet was deployed in the area. Finally, after four days, the team found the dead bodies trapped in the debris, informed APF Dhadingbesi Battalion, Chief Darshan Giri.

Meanwhile, 4 livestock out of 260 buried in the debris were rescued alive by the team.