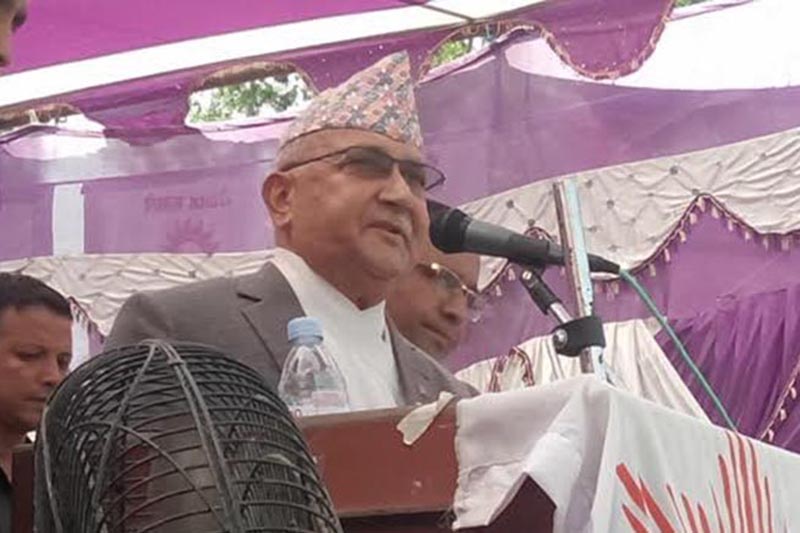 CPN-UML Chairperson KP Sharma Oli addressing the party’s election rally, in Bara, on Friday, September 15, 2017. Photo: THT
BIRATNAGAR: CPN-UML Chairman KP Sharma Oli has accused the government of running the state organs in its own interests. Talking to journalists in Biratnagar Airport today, Oli said that presence of Election Commission was weak in Province No. 2. Saying that the level of corruption was increasing in the country, the former Prime Minister urged the media persons to raise voice against corruption. Asked about UML's silence over the reported irregularities in the land procurement deal of the Nepal Oil Corporation, Oli claimed that the UML will not remain mute in the issues of corruption.
#CPN-UML #corruption #nepal oil corporation #KP Sharma Oli
You May Also like: