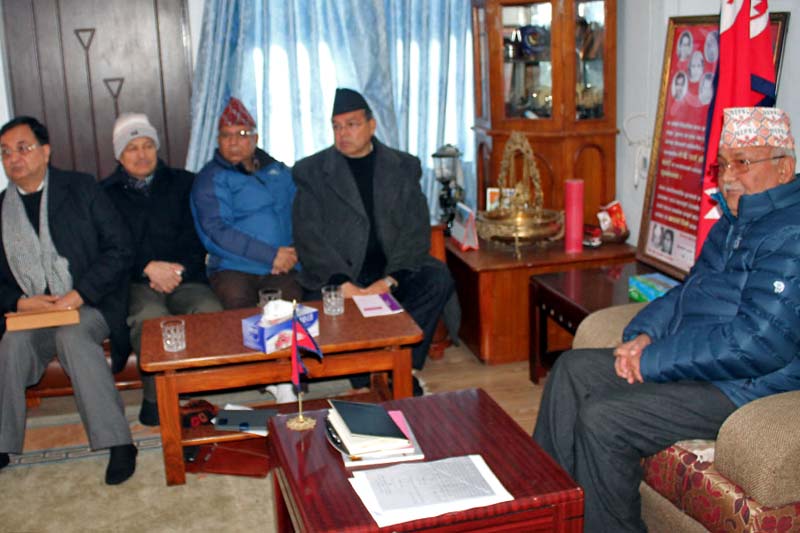 File - A meeting of the CPN-UML Standing Committee at Chairman KP Sharma Oli's residence in Balkot of Bhaktapur, on Tuesday, January 3, 2017. Photo: RSS

The CPN-UML today drew the government’s attention to the need to hold all three elections —- local, provincial and the parliamentary — by mid-December this year.

UML Secretary Yogesh Bhattarai said that all three elections were possible by mid-December and elections depended on the government’s will power.

UML leaders also discussed contemporary political developments, the upcoming Free Student Union polls and election of Federation of Nepali Journalists in the meeting. The UML concluded that obstruction of the FSU and FNJ polls were a ploy to foil any election in the country and demanded that these elections be held on the stipulated dates.

#CPN-UML #KP Sharma Oli #elections
You May Also like: