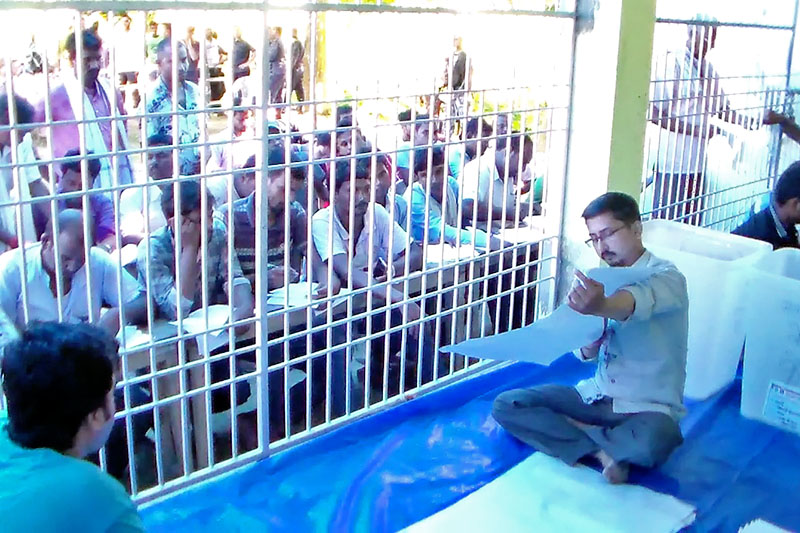 RAJBIRAJ: Of the total 18 local units in Saptari district, the vote counting is underway in 17 local bodies from Tuesday, District Election Office said.

However, the vote counting of Rajbiraj Municipality is yet to resume.

The Election Office is preparing to count the votes of Rajbiraj Municipality on Friday.

The elections of that ward will be held on Thursday, according to Election Office.

UML Narayan Kumar Acharya was elected as ward chairman and his panel won in Saptakoshi Municipality-1.

UML Mayoral candidate Uttam Sharma is leading with 595 votes to his closest rival of CPN-Maoist Centre Dhruba Karki with 279 votes in Saptakoshi Municipality.

RJPN candidate Satish Singh is leading with 458 votes in Tilathi Koiladi Rural Municipality in the district followed by NC Arun Mandal with 320 votes.

District Election Office Chief Mahesh Thakur said the results of all the 18 local units in the district would be announced within five days.

Meanwhile, the security has been tightened up around the vote counting centres in the district.

At least 5-10% of votes were found to be disqualified citing ineffective voters education programmes run in the area, according to District Election Office.