Was to be admitted to TUTH on Mon 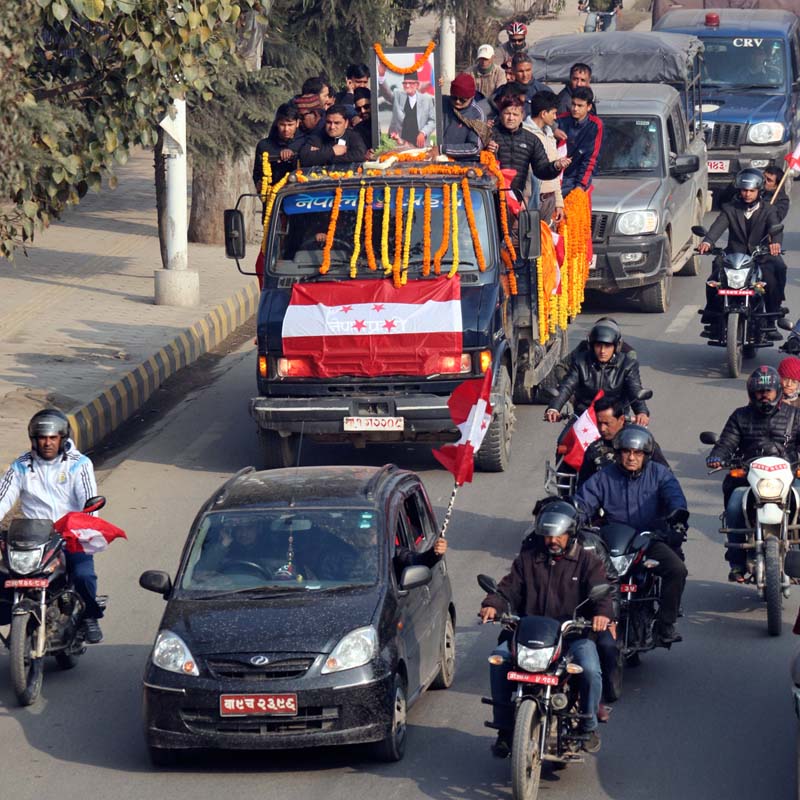 A truck, ferrying the body of Nepali Congress President and former Prime Minister Sushil Koirala to the party office in Sanepa, in Bhadrakali, on Tuesday, February 9, 2016. Photo: RSS
Kathmandu, February 9 Nepali Congress President Sushil Koirala was to be admitted to Tribhuvan University Teaching Hospital for health check-up on Monday but the plan was cancelled after Koirala said he was feeling good, according to his personal physician Dr Karbir Nath Yogi. “Room No 601 in TUTH was booked for him,” Yogi told The Himalayan Times. “We cancelled the booking after he told us that he was feeling quite good yesterday morning.” According to Yogi, Koirala’s condition was ‘normal’ till 11:30pm yesterday, after which it deteriorated suddenly and he was diagnosed with pneumonia. According to Dr Yogi, Koirala had been suffering from high fever, seasonal cold runny nose and cough for the last four days. An ECG was carried out on the former PM at the Shahid Gangalal National Heart Centre six days ago and it was found that his heart condition was normal, Dr Yogi added. Dr Yogi said the cause of his demise was pneumonia and not cardiac arrest as suggested by some media reports. READ ALSO:
#Tribhuvan University Teaching Hospital #The Himalayan Times #pneumonia #Sushil Koirala #Sushil Koirala death
You May Also like: