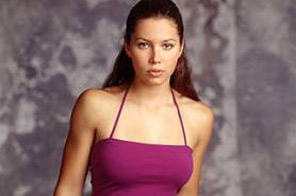 NEW YORK: The deadline for celebrity photographer Annie Leibovitz to repay a $24 million loan passed Tuesday night without word from either involved party.

Leibovitz risked losing the lucrative copyright to her images if she didn't pay back the loan. The deadline was 11:59 p.m. Tuesday, but it was unclear what would happen once it passed.

The lender, Art Capital Group, sued the 59-year-old Leibovitz in July, claiming she breached an agreement that authorized it to act as the agent in the sale of her photography and real estate.

Art Capital is a Manhattan-based company that issues short-term loans against fine and decorative arts and real estate.

Spokesmen for Art Capital and Leibovitz said both sides were trying to resolve the situation. Art Capital would not comment further Tuesday night, and calls to Leibovitz were not immediately returned.

In 2008, the famed photographer put up as collateral three Manhattan townhouses, an upstate New York property and the copyright to every picture she has ever taken — or will take — to secure the loan with Art Capital.

The company said Leibovitz needed the money to deal with a "dire financial condition arising from her mortgage obligations, tax liens and unpaid bills to service providers and other creditors."

Art Capital consolidated all her loans in September 2008. The lawsuit charged that Leibovitz had breached a December 2008 sales agreement with the company, granting Art Capital the right to sell the collateral before the loan came due. The lawsuit claimed she refused to allow real estate experts into her homes to appraise their value and blocked the company from selling her photographs.

Art Capital has estimated the value of the Leibovitz portfolio at $40 million, and real estate brokers say her New York properties are worth about $40 million.

Under the sales agreement with Leibovitz, the company would get 10 percent commission on the sale of Leibovitz's real estate and 15 percent on the sale of her portfolio.

Leibovitz would get the remainder after paying off the $24 million loan, interest and other fees. If she defaults, the company would get a net 12 percent commission, after paying approximately 13 percent for costs and fees.