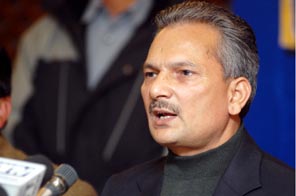 KATHMANDU: Vice-chairman of the main opposition party UCPN-Maoist, Dr. Baburam Bhattarai, on Wednesday said that students should have political consciousness to foil all the attempts of regressive forces to obstruct the constitution drafting by dissolving the Constituent Assembly.

Speaking at an award distribution ceremony organised by All Nepal National Independent Student Union-Revolutionary in the capital Dr Bhattarai said, “Students who say they are not aware of the present political status quo clearly show that they do not want change in the country. The time has come when we should not hesitate to sacrifice ourselves to ensure a new constitution in the given time frame”.

He said, “After a decade long insurgency we are able to bring Loktantra in the country by abolishing the monarchy but some regressive forces are yet to be kicked away to maintain a complete federal democratic republican state.”