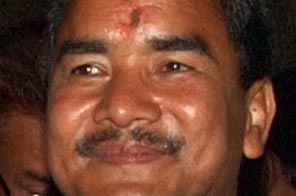 NARAYANGADH: Minister for Health and Population Umakanta Chaudhari said that a government under the leadership of the UCPN-Maoist would not be possible due to their failures in the past. He reasoned that people would no longer trust a government under the leadership of the Maoists.
Speaking briefly to journalists at Sauraha of Chitwan, Minister Chaudhari said if the constitution would not be drafted in the given deadline by May 28, the Maoists should be held responsible.
He informed that the current government is planning to develop Chiwan as a medical city. Chaudhari also inspected the BP Koirala Cancer Hospital during his visit.
Criticising the different statements made by Maoist leaders during Tuesday’s nationwide protest, Chaudhari said that the Maoist leaders harbour ill intentions in their desperation to fulfill the desires that they have failed to achieve so far.

#Chaudhari rules out Maoist-led govt as impossible
Stay in touch!