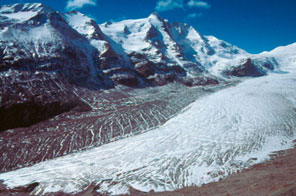 COPENHAGEN: Environment ministers from 44 key countries on Tuesday wrapped up closed-door talks aimed at laying the groundwork for a political agreement at next month's UN conference on global warming.

Delegations included major greenhouse gas emitters, including China, the United States, India and Brazil, as well as several island nations and African states that are among the poorest in the world and most vulnerable to climate change.

The December 7-18 talks aim at reaching a post-2012 deal for slashing greenhouse-gas emissions and easing the impact of likely droughts, floods, storms and rising seas unleashed by disrupted weather systems.

But the 192 members of the UN's Framework Convention on Climate Change (UNFCCC) remain deadlocked after two years of negotiations.

"The ministers realise that we have come very close to the deadline. The process doesn't continue forever," Hedegaard said.

UN climate chief Yvo de Boer, also present at the talks, said the United States would play a key role in clinching a successful agreement in Copenhagen in December, but stressed that it was not all up to Washington.

"The United States is an important key to success, but it is not the only key."

"We need more ambition from industrialised countries in order to achieve the scientific recommendation" to slash greenhouse gas emissions, he told reporters.

Developing nations have called for wealthy economies to cut their emissions by at least 40 percent by 2020 compared with 1990 levels, and to provide around one percent of their gross domestic product (GDP) per year, or around 400 billion dollars, in finance.

So far, no rich country has come anywhere close to meeting such a demand.

They, in turn, are pressing emerging giants such as China, India and Brazil to strengthen promises to tackle their own greenhouse-gas output.

Danish Prime Minister Lars Loekke Rasmussen, speaking on the sidelines of the two-day meeting, meanwhile lauded Chinese and US support for his country's push to reach a politically binding agreement at the UN conference that would take "immediate operational effect."

"I am glad that the Danish strategy was supported today in Beijing at the Chinese-American summit ... it confirms that we have taken the right stance," Rasmussen told reporters.

US President Barack Obama said Tuesday China and the US wanted the Copenhagen conference to culminate in a global accord that had "immediate operational effect."

We "agreed to work toward a successful outcome in Copenhagen," Obama told journalists after talks with Chinese President Hu Jintao in Beijing.

Rasmussen said the agreement reached in the Danish capital should be "substantial and concrete, covering all fields," he reiterated, adding it should become legally binding "as soon as possible," without setting a date.

China and the United States together account for 37.5 percent of global emissions of the six main greenhouse gases, according to the World Resources Institute (WRI).

Their positions are seen as key to the outcome of the Copenhagen conference, a two-year process that aims at building a post-2012 planet-wide treaty on tackling climate change.