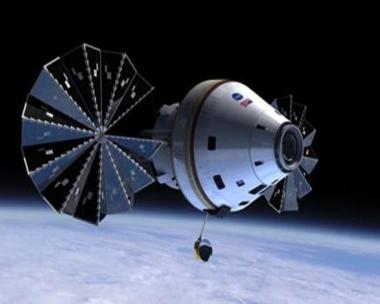 CAPE CANAVERAL: The crew of the US shuttle Discovery were welcomed with hugs and handshakes Wednesday aboard the International Space Station after a successful docking high over the Caribbean.

As the hatch between the two space ships opened at 0911 GMT, the seven astronauts floated in one by one into the embrace of the International Space Station's six crew members, who took pictures and video-taped the occasion.
It marked the first time ever that four women were in orbit together, as well as the first time two Japanese astronauts were in space at the same time.
The space station's Russian commander, Oleg Kotov, welcomed the new arrivals, who brought tonnes of supplies, racks of scientific experiments and other gear needed to service the orbiting outpost.
Earlier, the Discovery's commander Alan Poindexter delicately steered his big ship into place at 0744 GMT, 215 miles (344 kilometers) over the Caribbean, NASA said.
"Houston and station, capture confirmed," the shuttle commander radioed after docking the shuttle to the space station.
It was greeted with the sound of bells and the message, "Discovery arriving," apparently radioed from the space station.
The linkup was preceded by a fluid, eight minute maneuver in which Poindexter put the shuttle into a backflip as it sailed over Indonesia and Australia, and then eased it into position for the rendezvous.
Discovery blasted off Monday from Kennedy Space Center at Cape Canaveral, Florida in a launch marred only by the failure of an antenna used to transmit television pictures back to Earth that also is part of its radar docking system.
The 13-day mission is one of the last before the US shuttle fleet is retired at the end of this year after 30 years of service.
Discovery will deliver nearly eight tonnes of cargo, including spare bunks for the occupants of the space station, a large tank of ammonia coolant and seven racks filled with science experiments.
Among the gear being hauled into space is a freezer to preserve samples of blood, urine, saliva, plants or microbes used in micro-gravity experiments for later analysis back on Earth.
Discovery is also carrying an exercise machine designed to study the effects of weightlessness on the body's musculoskeletal system. Muscles can atrophy during long sojourns in space so astronauts have to exercise regularly.
Two astronauts will conduct three space walks lasting six-and-a-half hours each on days five, seven and nine of the mission.
Discovery's seven member crew includes three female mission specialists while a fourth, American astronaut Tracy Caldwell Dyson, is on the space station, arriving there Sunday on a Russian Soyuz spacecraft.
The women astronauts joining Dyson are mission specialists Dottie Metcalf-Lindenburger, 34, a former high school science teacher; Stephanie Wilson, 43, a veteran of two shuttle missions; and Yamazaki, 39, an astronaut with the Japanese space agency since 1996.
Rounding out the Discovery crew are mission commander Poindexter, 48; co-pilot Jim Dutton, 41; mission specialist and spacewalker Rick Mastracchio, 50; and fellow spacewalker Clay Anderson, 51.
The mission also puts two Japanese astronauts in space simultaneously for the first time, with mission specialist Naoko Yamazaki joining Soichi Noguchi of the Japan Aerospace Exploration Agency, who arrived at the station in December.
The International Space Station, a 100-billion-dollar project begun in 1998 with the participation of 16 countries, is financed mainly by the United States.
Once the shuttle program ends, the United States will depend on Russian Soyuz spacecraft to ferry their astronauts to the station until a new US launch vehicle is ready to take over around 2015.