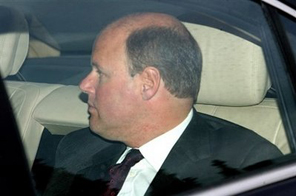 LONDON: The chief executive of Britain's Royal Bank of Scotland, who stands to make almost ten million pounds if the bank's fortunes recover, admitted on Friday that even his parents think he is overpaid.
Amid a public outcry over bankers' bonuses, which have been blamed for fuelling a culture of excessive risk-taking that aggravated the global economic downturn, Stephen Hester acknowledged his salary was incomprehensible to many.
"People might moan about how much money pop stars make, or the pay of (English) Premiership footballers, but they tolerate it because they're sources of fun and entertainment," he told the Daily Mirror newspaper.
"The difficulty for bankers is that we're generally reminding people of their limitations -- what they can't afford -- rather than offering excitement.
"Even my parents think I'm overpaid. That's not to say they're not proud of me, but it's a long way from the world I grew up in."
Hester is set to earn up to 9.7 million pounds (15.9 million dollars, 10.6 million euros) in a mixture of cash, shares and share options after being appointed chief of the 70 percent state-owned bank.
However, he agreed to defer a chunk of the pay package for two years after shareholders expressed unease at the large payout, which came less than a year after RBS was bailed out by the taxpayer amid the financial crisis.
More than half of the long-term awards -- a potential 3.4 million pounds -- will be pushed back until 2014, although Hester only receives the payout if the RBS share price passes 70 pence.
In late morning London trade on Friday, RBS shares advanced 0.79 percent to 48.54 pence on the British capital's FTSE 100 index of leading shares, which was 0.49 percent higher at 5,249.35 points.
RBS was slammed by the global financial crisis and its 2007 takeover of Dutch group ABN Amro at the top of the market. Last year, it recorded Britain's biggest-ever corporate loss of more than 24 billion pounds.