Frog recovered from Pepsi can 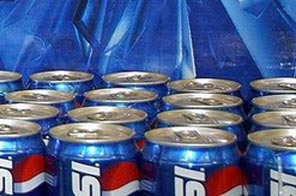 WASHINGTON: A Florida man who cracked open an ice cold can of Pepsi "indeed" found dismembered remains of a frog, the US Food and Drug Administration said on Thursday.

"It has been verified, and it was indeed a frog," Charles Watson, a spokesman at the US food inspection authority, told AFP from Florida, noting that the animal had been identified by an FDA lab.

Fred DeNegri of Ormond Beach told CNN television that he was taken aback by the "disgusting" blob he was not expecting in his drink.

The FDA has launched an investigation into how the incident occurred.

#Frog in Pepsi can -- it's the real thing
Stay in touch!