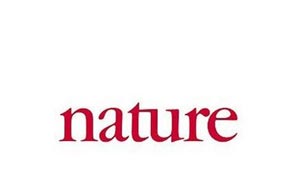 A new probe into the inherited causes of the commonest form of kidney cancer has confirmed the culprit role of a single gene but also shed light on more complex disease-causing machinery, scientists said. Source: AFP

PARIS: A new probe into the inherited causes of the commonest form of kidney cancer has confirmed the culprit role of a single gene but also shed light on more complex disease-causing machinery, scientists said on Wednesday.
A trawl through the DNA of 101 people diagnosed with clear cell renal carcinoma found more than half of the cases were linked to mutations in a gene called VHL, they said.
Clear cell renal carcinoma accounts for about 209,000 new cases and 102,000 deaths worldwide each year, according to figures cited in the study, released by the British science journal Nature.
The VHL gene had already been widely fingered in previous research, as its mutations appear to be exclusive to cancers of the kidney and not of other organs.
Investigators also found flaws in two other genes, called JARID1C and SETD2, that are part of the molecular switching system that turns kidney genes on and off.
Even so, mutations in these two genes account for little more than five percent of cases, highlighting the complexity of kidney cancer and the need to catalogue all the mutations that play a part in it.
"Even in a tumour type dominated by... a prevalent signature, even in this 'clearest' of cases, we see evidence for substantial heterogeneity," said Andy Futreal of Britain's Wellcome Trust Sanger Institute, who led the research.
"To search comprehensively -- to build the full picture we need of cancer genetics -- we will need many hundred samples sequenced through the entire genome and all genes."
Genetic screening entails unravelling the DNA of patients with disease and comparing them against the genome of otherwise healthy people.
The goal is to look for mutations, sometimes minute, in the code that can alter the functioning of genes.
The technique has many potential benefits, starting with diagnostic tools to spot people with the inherited profile that puts them at risk of the disease. It also throws up potential avenues for drug engineers to block or reverse the effects of a malfunctioning gene.