Is too much sitting as bad as too little exercise? 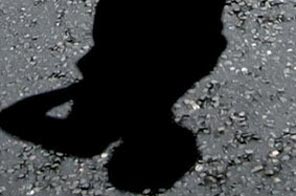 Shadow of a runner. Sitting all day may significantly boost the risk of lifestyle-related disease even if one adds a regular dose of moderate or vigorous exercise, scientists said Tuesday. Source: AFP

PARIS: Sitting all day may significantly boost the risk of lifestyle-related disease even if one adds a regular dose of moderate or vigorous exercise, scientists said Tuesday.
The health benefits of pulse-quickening physical activity are beyond dispute -- it helps ward off cardiovascular disease, diabetes and obesity, among other problems.
But recent scientific findings also suggest that prolonged bouts of immobility while resting on one's rear end may be independently linked to these same conditions.
"Sedentary time should be defined as muscular inactivity rather than the absence of exercise," concluded a team of Swedish researchers.
"We need to consider that we are dealing with two distinct behaviours and their effects," they reported in the British Journal of Sports Medicine.
Led by Elin Ekblom-Bak of the Karolinska Institute in Stockholm, the scientists proposed a new "paradigm of inactivity physiology," and urged fellow researchers to rethink the definition of a sedentary lifestyle.
They point to a recent study of Australian adults showing that each daily one-hour increase in sitting time while watching television upped the rate of metabolic syndrome in women by 26 percent -- regardless of the amount of moderate-to-intensive exercise performed.
Thirty minutes of daily physical exercise decreased the risk by about the same percentage, suggesting that being a couch potato can cancel out the benefits of hitting treadmill or biking, for example.
Metabolic syndrome is defined as the presence of three or more factors including high blood pressure, abdominal obesity, high cholesterol or insulin resistance.
New research is required to see if there is a causal link between being sedentary and these conditions and, if so, how it works, the researchers said.
One candidate is lipoprotein lipase, or LPL, an enzyme that plays a crucial role in breaking down fat within the body into useable forms.
Recent research has shown that LPL activity was significantly lower in rats with restrained muscle activity -- as low as one tenth of the levels of rats allowed to walk about.
The LPL level during such activity "was not significantly different from that of rats exposed to higher levels of exercise," the scientists reported.
"This stresses the importance of local muscle contraction per se, rather than the intensity of the contraction."
These studies suggest that people should not only exercise frequently, but avoid sitting in one place for too long, they said.
Climbing stairs rather than using an elevator, taking five-minute breaks from a desk job, and walking when possible to do errands rather than driving were all recommended.

#Is too much sitting as bad as too little exercise?
Stay in touch!