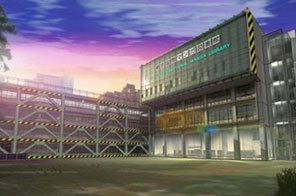 TOKYO: In a move to promote serious study of Japanese manga, a university in Tokyo plans to open a library with two million comic books, animation drawings, video games and other cartoon industry artifacts.
Tentatively named the Tokyo International Manga Library, it would open by early 2015 on the campus of the private Meiji University, and be available to researchers and fans from Japan and abroad.
"Manga has been taken lightly in the past and there has been no solid archive for serious study," said Susumi Shibao, a library official at the university told AFP by telephone.
"We want to help academic studies on manga as part of Japanese culture."
To give an early taste of its collection, the university will open the Yoshihiro Yonezawa Memorial Library of Manga and Subculture this October 31, featuring the late manga critic's collection of 140,000 comic books.
Some of the books date back to before World War II.
Japan, which grew rich on exporting cars and high-tech goods, has stepped up an official campaign to promote its cultural offerings, from Tokyo city wear to video games and award-winning animation films.
Japanese manga, ranging from classic Astro Boy and the Doraemon robot cat to the latest smash hit Naruto, a tale of a ninja boy, has charmed children and adults worldwide.
The former conservative government of Taro Aso, which was ousted in August elections, had earmarked 11.7 billion yen (128 million dollars) for a museum on Japanese cartoon art and pop culture to be built in Tokyo.
But the plan, part of wider stimulus measures, was axed by the new centre-left government, which criticised the construction as a "state-run manga cafe" that has nothing to do with boosting the economy.