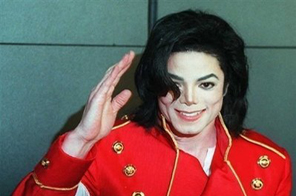 Michael Jackson "stole" the tapes of a song released almost four months after his death and his estate did not initially credit its co-author, according to a songwriter at the center of the controversy. Source: AFP

NEW YORK: Michael Jackson "stole" the tapes of a song released almost four months after his death and his estate did not initially credit its co-author, the songwriter at the center of the controversy said.
Hours after the release of "This Is It" on the Internet on Monday,singer/songwriter Paul Anka revealed that he co-wrote the song with Jackson in 1983 but was not given due credit on the new version.
He said that Jackson "stole" the original tapes of the song from his studio, and threatened legal action against Jackson's estate to secure royalties from the production.
The song also appeared to have had a previous incarnation as "I Never Heard," a single recorded 18 years ago by Puerto Rican R&B singerSafire and credited to Jackson and Anka.
In a video posted on TMZ.com, Anka -- a teen idol in the 1950s and 60s who famously penned the lyrics to Frank Sinatra's "My Way" -- said Jackson "stole the tapes. He took the tapes out of my studio."
But he stressed the issue had quickly been "resolved," and that John McClain, a record producer named by Jackson as an executor, assured that the proceeds from the single would be split with Anka.
"They realized it's a mistake," Anka said in the video. "They realized it's my song, they realized it's my production of his vocal in my studio, and I'm getting 50 percent, actually, of the whole project, which is fair."
The New York Times reported on its website that the estate released a statement saying in part, "The song was co-written by the legendary Paul Anka."
The newspaper said "This Is It" was based on a tape of Jackson's piano and vocal left at Anka's studio for a duets album that Anka was recording.
The new recording, arranged by McClain, features backing vocals by Michael's brothers and will be played during the closing sequence of the forthcoming documentary "Michael Jackson's This Is It" and feature on a two-disc CD set of the same name.
Aside from changes in lyrics, the song sounds markedly similar to "I Never Heard."
Rob Stringer, chairman of the Columbia/Epic Label Group, a part of Sony Music which reportedly has dozens of unreleased Michael Jackson songs in its vaults, said he was unaware of the similarity to the Safire single until Jackson fans discussed it online over the weekend, the Times reported.