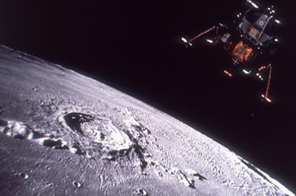 WASHINGTON: "We are blown away by the data returned," said Anthony Colaprete, principal investigator and project scientist for the experiment, dubbed LCROSS, for Lunar Crater Observation and Sensing Satellite.
"The team is working hard on the analysis, and the data appear to be of very high quality," he said on Monday.
"The images of the floor of Cabeus are exciting," Colaprete added.
"Being able to image the Centaur crater helps us reconstruct the impact process," he said.
NASA's LCROSS mission was launched in June aboard the Atlas V orbiter with the Lunar Reconnaissance Orbiter, a probe tasked with producing a detailed map of the Moon.
Already, the images from the crash indicate that the crater was about 92 feet (28 meters) wide, researchers said.
Scientists say they hope the desolate lunar pole will be a fertile hunting ground in their efforts to detect water, which is seen as a stepping stone to building a future lunar base.
Last week, as the satellite plunged into the Moon's Cabeus crater near the lunar southern pole at around 5,600 miles (9,000 kilometers) per hour, nine LCROSS instruments captured each phase of the impact.
The satellite, which slammed into the crater was followed four minutes later by a spacecraft equipped with cameras to record the impact and its after effects -- including the creation of a "faint but distinct" dust plume.
"There is a clear indication of a plume of vapor and fine debris," said Colaprete.
Space officials said details about the size, shape and visibility of the debris cloud yield vital clues about the type and amount of material at the impact site.
In coming weeks, NASA scientists said they plan to analyze and verify more data collected from the LCROSS experiment.