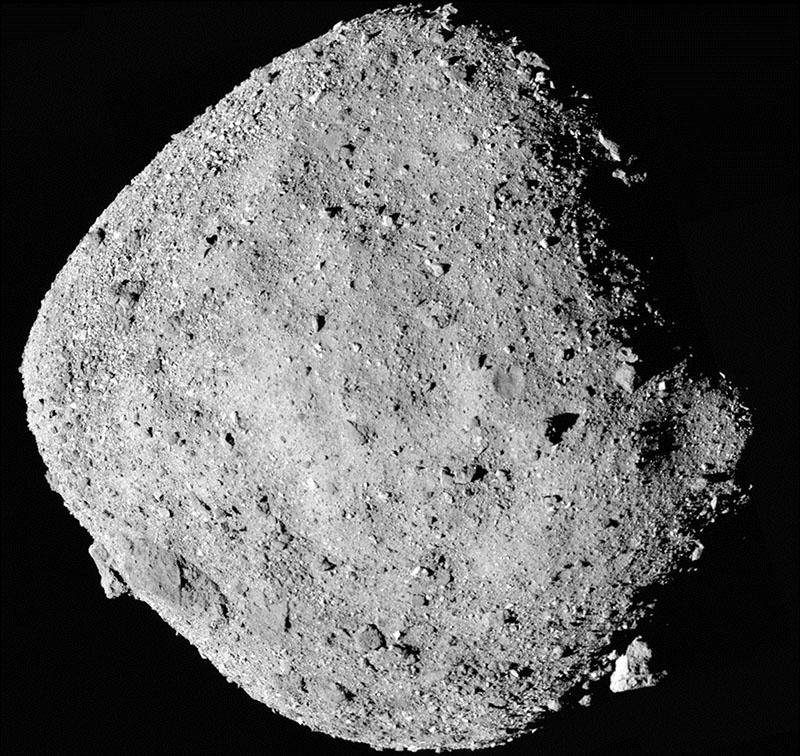 FILE: This file mosaic image composed of 12 PolyCam images colleced on Dec 2, 2018 and provided by NASA shows the asteroid Bennu. Courtesy: AP
LAUREL: A NASA spacecraft has gone into orbit around an ancient asteroid, setting a pair of records. The Osiris-Rex spacecraft entered orbit Monday around the asteroid Bennu, 70 million miles (110 million kilometers) from Earth. It’s the smallest celestial body ever to be orbited by a spacecraft. Bennu is just 1,600 feet (500 meters) across. The spacecraft’s laps are barely a mile (1.6 kilometers) above the asteroid’s surface, another record. Osiris-Rex arrived at Bennu in early December and flew in formation with it until the latest maneuver. The goal is to grab gravel samples in 2020 for return to Earth in 2023. The New Year’s Eve milestone occurred just hours before another NASA explorer, New Horizons, was set to fly past an icy space rock beyond Pluto.
#Asteroid
Stay in touch!