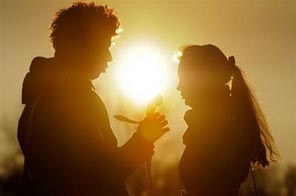 A couple whose sex sessions were so noisy that neighbours could not sleep, heard in court how their marathon romps sounded like someone being murdered, media reports say. Source: AFP

LONDON: A British woman lost her appeal Tuesday against a ban on her noisy sex sessions, after a court heard how her marathon romps that kept neighbours awake sounded like someone being murdered.
Caroline and Steve Cartwright's "howling" lovemaking sounded "unnatural", "hysterical" and "like they are both in considerable pain", Newcastle Crown Court in northeast England heard.
A 10-minute recording of their sex sessions was played out in court, which also heard how she tried covering her face with a pillow to muffle her cries of passion.
Neighbours at their home in Washington, south of Newcastle, complained about the noise -- as did passers-by and the postman.
The couple were banned from "shouting, screaming or vocalisation at such a level as to be a statutory nuisance", but Caroline Cartwright, 48, appealed under human rights laws against her conviction for breaching the ban.
However, a judge on Tuesday upheld the original conviction and ordered that the banning order should stay.
Caroline Cartwright said she was unable to stop the din.
"I tried to control it. I even tried to use a pillow (over her own face) to try and lessen the noise," she said.
The judge, Recorder Jeremy Freedman, rejected her claim.
"We are in no doubt whatsoever about the level of noise that can be heard in neighbouring properties, in the street and in the back lane," he said.
"It certainly was intrusive and constituted a statutory nuisance. It was clearly of a very disturbing nature and it was also compounded by the duration -- this was not a one-off, it went on for hours at a time.
"It is further compounded by the frequency of the episode -- virtually every night.
"We do not find there is any infringement of her human rights in any shape or form."
The romps typically started at midnight and lasted several hours, the judge heard.
The couple's next-door neighbour Rachel O'Connor told court: "It's just quite unnatural.
"The noise sounds like they are both in considerable pain.
"I cannot describe the noise. Totally excessive and I have never, ever heard anything like it.
"I put my television in my bedroom on as loud as it could go and they drown it out."
The local council set up special equipment in O'Connor's flat and recorded noise levels of between 30 to 40 decibels, peaking at 47 -- as loud as a conversation in the very same room.
Marion Dixon, a council environmental health manager, took notes which said: "I heard a male voice howling loudly, which I felt was very unnerving."
Her colleague Pamela Spark called the sounds "hysterical, almost continuous, just screaming.
"I found it very disturbing and I noted that it sounded like she was being murdered."
Dixon said when the council confronted the couple, "Mr Cartwright held his head in his hands but Mrs Cartwright seemed to find it quite amusing."