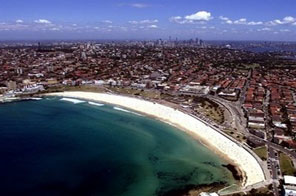 SYDNEY: An Australian man was charged Saturday over the death of an Irish backpacker, police said, following an emotional plea by the victim's mother that he turn himself in.

Gearoid Walsh, 23, died after he was assaulted during an argument in the Sydney beachside suburb of Coogee late Sunday following a drinking session.

Walsh's mother, Tressa, appealed to his assailant to come forward during an emotional television appearance, saying she did not want him to "torture himself" or spend time in jail.

Within hours of the plea Sydney man Tobias Simmons, 28, presented himself to detectives, and he was charged with manslaughter, reckless wounding and assault occasioning actual bodily harm, police said.

"The charges relate to an incident about 11 pm Sunday 25 October in Coogee during which Gearoid Walsh, of Dublin, suffered serious head injuries," police said.

"He died in Prince of Wales Hospital on Thursday night."

Lawyers told a bail hearing Walsh appeared to be the initial aggressor and it was a "one punch scenario", the Australian Associated Press national news agency reported.

Simmons, a project manager from the neighbouring beachside suburb of Clovelly, was freed on 10,000 dollars bail and will appear in court again next month.

He is accused of punching Walsh, causing him to stumble and fall and hit his head on the ground.

The Irishman's mother travelled to Australia to be with her critically ill son, and said her family did not see the death as murder but wanted to see the case closed.

"We don't want him to serve time in prison. I think he was just very, very unlucky," she told reporters in Sydney.

"We don't want him to torture himself over this. I don't see this as murder."

Walsh had been in Australia for just five weeks and had travelled to Sydney last weekend to celebrate his sister's birthday.

His death follows the brutal beating of fellow Irishman David Keohane in Coogee in August 2008. Keohane spent weeks recovering in Sydney before being flown home to Ireland.