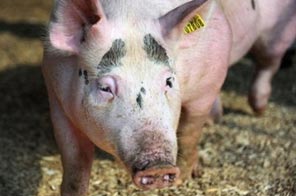 SYDNEY: A flatulent pig sparked a gas emergency in southern Australia when a farmer mistook its odours for a leaking pipe, according to officials.
Fifteen firefighters and two trucks were called to a property at Axedale in central Victoria state after reports of a gas leak, the Country Fire Service said.
"When we got there, as we drove up the driveway, there was this huge sow, about a 120-odd kilo (265-pound) sow, and it was very obvious where the gas was coming from," said fire captain Peter Harkins.
"We could not only smell it, but we heard it and it was quite funny."
Harkins said the pig's owner was "a little bit embarrassed to say the least," and it took fire crews a little while to compose themselves.
"It was fairly obvious what it was. I think we dealt with it fairly professionally and had a bit of a giggle when we got back to the station," he told public broadcaster ABC.