Smokers with cancer could quit and double survival 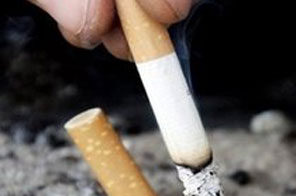 Smokers diagnosed with lung cancer should not assume they have been handed a death sentence, as quitting tobacco even at this stage can greatly boost their survival chances, doctors said on Friday. Source: AFP

LONDON: People with early lung cancer who quit smoking could double their chances of surviving, a new study says.

Until now, there has been little proof that quitting smoking after developing lung cancer makes any difference to survival.

"The message is you should never give up on giving up (smoking)," said Amanda Parsons, of the U.K. Centre for Tobacco Control Studies at the University of Birmingham, who led the study. "Even at the stage where you have been diagnosed with early stage lung cancer ... if you give up smoking, your body can still partially recover and your risk is reduced," she said.

While some doctors recommend lung cancer patients quit smoking, not all do. Some doctors and nurses "think it is inhuman to dwell on the matter — that it adds to feelings of guilt and takes away a lifelong comfort from the dying patient," wrote Tom Treasure of University College London and Janet Treasure of King's College London in an accompanying editorial in the BMJ.

They said patients and their families should now be told about the study results, "because the potential benefit is great."

The research might also provide some clues on how smoking causes cancer. Scientists aren't sure if tobacco smoke or nicotine affect lung cancer once it has developed, though there is some evidence they may speed up the disease. Knowing how cigarettes impact cancer could potentially lead to new treatments, Parsons and colleagues wrote.

The study was paid for by the British Heart Foundation, Cancer Research U.K. and other governmental bodies.

#Smokers with cancer could quit and double survival
Stay in touch!